Link found between circumcision and autism

A recent study has shown that no matter the culture, circumcised boys have a significantly larger chance of developing autism spectrum disorder (ASD). According to the Danish researchers who conducted the study, the risk is especially larger for infantile autism, before the age of 5.

A recent study has shown that no matter the culture, circumcised boys have a significantly larger chance of developing autism spectrum disorder (ASD). According to the Danish researchers who conducted the study, the risk is especially larger for infantile autism, before the age of 5. 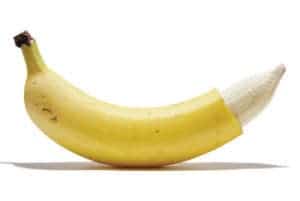 Male circumcision is the surgical removal of the foreskin of the penis. In a typical procedure, the skin is separated after a close inspection. Circumcision is the world’s oldest planned surgical procedure, believed by historian Grafton Elliot Smith to be over 15,000 years old, pre-dating recorded history. There is no consensus regarding how the technique emerged and came to be used, but it is known that ancient Egyptians, Jews, Sumerians and the Semites. Interestingly enough, it was picked up by many muslims around the Mediterranean area, as well as Australia and New Zealand. But is this procedure really necessary and useful in modern society?

Circumcision may be medically indicated in children for several medical conditions, and the World Health Organization romotes circumcision as a preventive measure for sexually active men in populations at high risk for HIV. However, there are also some contraindications. Neonatal circumcision is generally safe when done by an experienced practitioner, but about 1% of all surgeries are accompanied by major complications. Minor complications are reported to occur in 3% of procedures. For the rest of procedures without complications, there seemed to not be any problems associated with circumcision. But this study found something else.

“Our investigation was prompted by the combination of recent animal findings linking a single painful injury to lifelong deficits in stress response and a study showing a strong, positive correlation between a country’s neonatal male circumcision rate and its prevalence of ASD in boys,” said Professor Morten Frisch of the Statens Serum Institut, who led the research.

Researchers think that the extreme pain associated with circumcision may be the key here. In modern medicine, it is unacceptable to circumcise boys without proper pain relief but none of the most common interventions reduce circumcision pain completely. High pain in newborns can be associated with long-term alterations of pain perception – a characteristic associated with ASD.

“Possible mechanisms linking early life pain and stress to an increased risk of neurodevelopmental, behavioural or psychological problems in later life remain incompletely conceptualized,” said Professor Frisch. “Given the widespread practice of non-therapeutic circumcision in infancy and childhood around the world, our findings should prompt other researchers to examine the possibility that circumcision trauma in infancy or early childhood might carry an increased risk of serious neurodevelopmental and psychological consequences.”