by Mihai Andrei
in Anatomy, Health & Medicine
Reading Time: 1 min read
A A
Share on FacebookShare on TwitterSubmit to Reddit 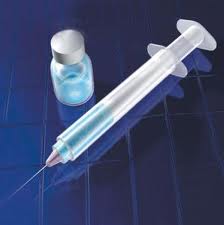 British scientists claim to have made a significant breakthrough regarding a universal flu vaccine; this new vaccine, developed by researchers from the Oxford University is different from all other types of vaccine, as it targets the proteins inside the virus, rather than proteins on the flu’s external coat.

The major advantage is that the proteins inside the virus are far less likely to mutate and therefore are similar across pretty much every strain of the illness. Traditional vaccines stimulate the body to produce antibodies to fight against the flu, while the vaccine developed by the team led by Sarah Gilbert, boosts the production of T-cells, which identify and kill infected cells.

“Fewer of the people who were vaccinated got flu than the people who weren’t vaccinated,” said Gilbert. “We did get an indication that the vaccine was protecting people, not only from the numbers of people who got flu but also from looking at their T-cells before we gave them flu. The volunteers we vaccinated had T-cells that were activated, primed and ready to kill.”

Aside from saving numerous lives and preventing flu outbreaks such as the recent swine flu outbreak, it would also be cheaper and save taxpayers a whole lot money as only the British government pays over £1.2 billion in traditional vaccine preparation.