Pharma startup raised the price for a life-saving drug from $13.5 a tablet to $750

A dubious pharmaceutical startup recently bought the rights to a drug that treats a parasitic infection, then raised the price 500-fold seemingly over night. The drug targets a somewhat rare condition that affects immune compromised pregnant women, but also malaria and AIDS. Ironically enough, it was developed by a much hated big pharma company, GlaxoSmithKline, in 1953 and used to cost $1 a pill only a couple years ago. It has since traded hands twice, before coming under the control of Turing Pharmaceuticals, a start-up run by a former hedge fund manager.

A dubious pharmaceutical startup recently bought the rights to a drug that treats a parasitic infection, then raised the price 500-fold seemingly over night. The drug targets a somewhat rare condition that affects immune compromised pregnant women, but also malaria and AIDS. Ironically enough, it was developed by a much hated big pharma company, GlaxoSmithKline, in 1953 and used to cost $1 a pill only a couple years ago. It has since traded hands twice, before coming under the control of Turing Pharmaceuticals, a start-up run by a former hedge fund manager. 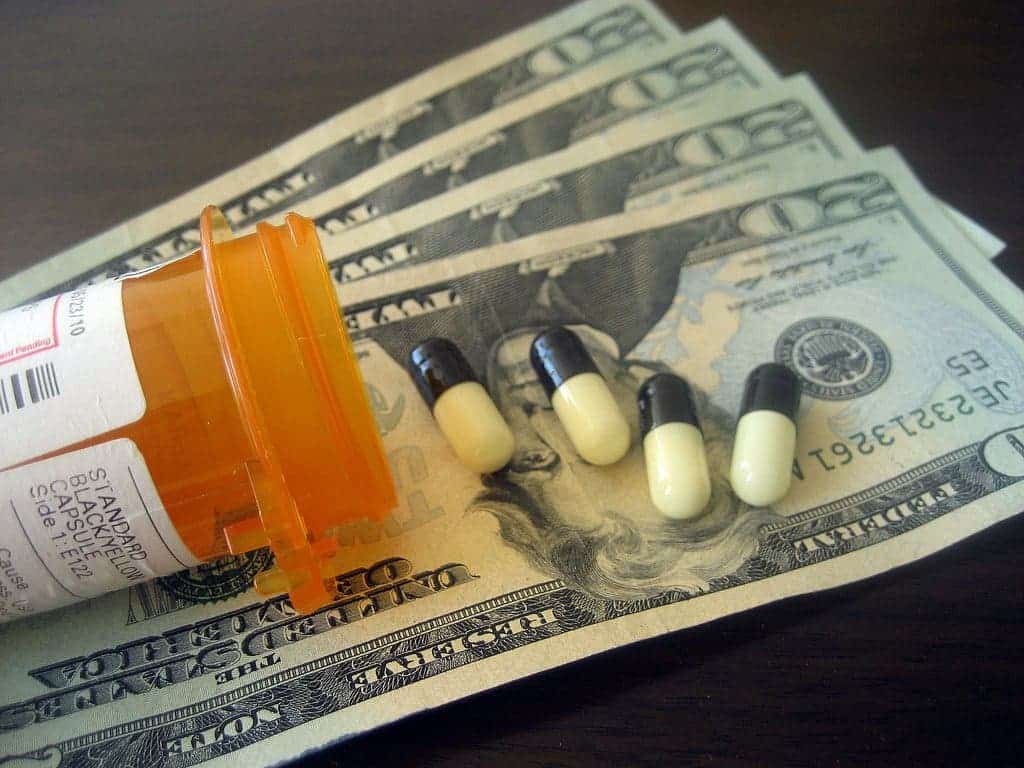 The decision to raise the pricing to such an absurd amount is controversial to say the least. With this in mind, the Infectious Diseases Society of America and the HIV Medicine Association sent a joint letter to the company calling the decision  “unjustifiable for the medically vulnerable patient population” and “unsustainable for the health care system.” The drug in question is called  Daraprim It’s used to treat toxoplasmosis, an infectious disease transmitted by a parasite which can affects pregnant women, but also immune compromised patients suffering from AIDS or cancer. It’s also used to treat malaria. According to Turing Pharmaceuticals, the price increase is necessary to support better treatments for toxoplasmosis, ideally with little to no side effects. Since this a drug that’s rarely used, a price increase might be justified to support research efforts. However, 500-fold over night seems a bit harsh. In fact, I’m all out of euphemisms right now and I’ll just spell it: Turing Pharmeceuticals, judging from its decision, is not in the business of treating people – it’s in the business of controlling a market, even a minuscule one, then exploiting human beings in suffering. And it’s all legal.

The rights to Daraprim were sold to Turing by  Impax Laboratories, which bought the rights for the drug a few years earlier from CorePharma which in turn bought it from GlaxoSmithKline in 2010, for $55 million. The deal was announced in the same day Turing received $90 million in its first round of financing from a venture capital firm, as well as Martin Shkreli, the founder and chief executive of Turing, who made a fortune managing a hedge fund. “This isn’t the greedy drug company trying to gouge patients, it is us trying to stay in business,” Mr. Shkreli said for NY Times. “This is still one of the smallest pharmaceutical products in the world,” he said. “It really doesn’t make sense to get any criticism for this.” But it seems like Shkreli is the one spelling ‘nonsense’. Why would you buy a drug that’s been working well for nearly 60 years? Nobody cares about the side effects. These include nausea, vomiting, and loss of appetite, but these are minimal and people can ‘live with it’ if the alternative means shelving $750 for a tablet. Moreover, the patent for Daraprim has expired and other companies can make generic copies of it. Here’s what makes sense: Turing Pharmaceuticals isn’t in the business of helping people. It’s in the shady business of ripping people off.  If this was a legit startup, it would have spent $55 million more wisely like on something that actually adds value. You can’t make a new drug for $55 million – that’s pennies in research – but you could have, none the least, found something to do.

Every year around ~12,000 prescriptions for Daraprim were sold in the United States. In 2010, this amounted to $667,000 in sales. After it got bought by Impax, this figure skyrocketed to $6.3 million in 2011. In 2014, sales were $9.9 million even though prescriptions shrank to 8,821, not including inpatient care at hospitals. “Under the current pricing structure, it is estimated that the annual cost of treatment for toxoplasmosis, for the pyrimethamine component alone, will be $336,000 for patients who weigh less than 60 kg and $634,500 for patients who weigh more than 60 kg,” the same letter mentioned earlier reads. Turing seems to have eyed a very profitable niche market, and its founder, Shkreli, isn’t scared to engage in dubious practices. He is the founder of MSMB Capital, a hedge fund company, and Retrophin, another pharma startup with a similar business model (buying up rights to drugs). In 2011, he was fired from Retrophin, the company he founded, by the board after he was accused of using Retrophin as a ‘personal piggy bank’. “Shkreli was the paradigm faithless servant,” the complaint reads. “Starting sometime in early 2012, and continuing until he left the Company, Shkreli used his control over Retrophin to enrich himself, and to pay off claims of MSMB investors (who he had defrauded).”

The NY Times claims ” Medicaid and certain hospitals will be able to get the drug inexpensively under federal rules for discounts and rebates,” but private insurers and Medicare patients will pay something close to the list price. The money moves of course and trades hands. This means the extra (totally unjustified) pricing will have to be covered by higher taxes, greater debt and bigger insurance premiums. If you have 100 other companies like Turing, which is still tiny, you already have a problem. They’re certainly not alone. For instance, Valeant Pharmaceuticals  acquired two heart drugs, Isuprel and Nitropress, then proceeded to raise the prices by 525 percent and 212 percent respectively in August, 2015. Previously Isuprel and Nitropress were owned by Marathon Pharmaceuticals which bought the rights from someone else in 2013 and quintupled the price soon after. The antibiotic Doxycycline went from  $20 a bottle in October 2013 to $1,849 by April 2014. This is something that’s clearly unacceptable. But again, this is still plain legal. Company A develops a drug that costs pennies to manufacture, but ends up selling for thousands, even hundreds of thousands of times more expensive. We’re not talking about luxury products – in many cases these are life-saving drugs and some companies (big and small pharma) are more than content in doing business this way. So, what’s the solution? Well some people might shriek, but here goes: “REG-U-LA-TION”. Insisting that the market is self-regulatory and the price is exactly where it’s supposed to be is naive (or evil, depending).