by Tibi Puiu
in Health & Medicine, Mind & Brain, Psychology
Reading Time: 3 mins read
A A
Share on FacebookShare on TwitterSubmit to Reddit 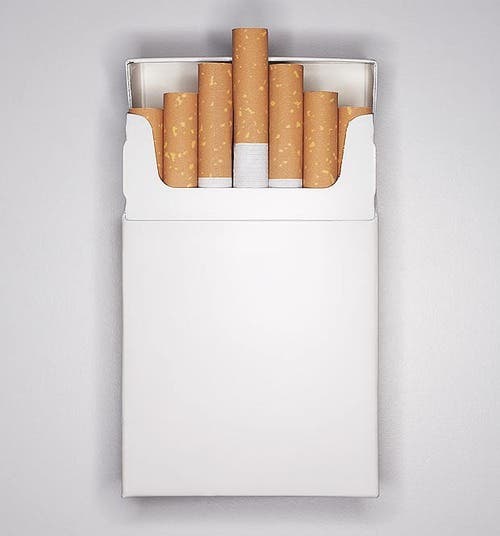 Most smokers fall prey to the poisonous grasp of cigarettes because they became seduced by the simple act itself, not because of the taste or other pleasures relieved from smoking. There are many aspects that make smoking  extremely appealing, especially to attention-seeking young. Despite several policies have been introduced in the past decades to put a stop to the seductive techniques and tactics tobacco giants employ to woo smokers their way, like the banning of tobacco TV and billboard ads, merchants still employ a number of sneaky tactics.

Packaging has always been at the center of attention for tobacco companies, since their marketing efforts have always known how important these are for generating sales. How important is cigarette packaging in encouraging smoking itself, however? A recent study interviewed 536 smokers in Victoria, Australia – where plain packaging was introduced last December. Their findings are extremely enlightening. Apparently, the Australian plain cigarette pack smokers were more likely to judge their cigarettes to be poorer quality than a year earlier, compared to brand cigarettes, and find them less satisfying. They were also more likely to have thought about quitting at least once a day more often than brand smokers.

Well important of note is that a separate study from 2011 seems to complement the present findings, as it showed  that smokers who said they enjoyed smoking “very much” were 30 per cent less likely to have attempted to quit within six months than smokers who said they enjoyed smoking to a lesser degree. Obviously, the smoking experience is made up of several components that combine in a given way; packaging is one of them.

While the study, published in the BMJ Journal, those offer rather solid evidence that plain cigarette packing does count in smoker satisfaction, back in the UK a resolution that would implement a similar setting as in Australia was recently rejected because of, ironically, lack of evidence. “The government wanted to wait for evidence to emerge from Australia before acting – well here it is,” says Deborah Arnott of Action on Smoking and Health.  “There’s a good link between people’s motivation to quit and quitting itself,” she says.

Things might be a lot more complicated than they first seem, however, and as always money and politics are deeply mixed in the game; a dangerous game that costs lives. UK’s Prime Minister David Cameron was recently accused of being influenced in his tobacco policies by his key election adviser, Lynton Crosby, whose public relations company Crosby Textor has previously advised the tobacco giant Philip Morris. The Prime Minister has since dodged several attempts from journalists to subtract an answer.

“We take very seriously the potential for standardised packaging to reduce smoking rates, but in light of the differing views, we have decided to wait until the emerging impact of the decision in Australia can be measured, and then we will make a decision in England,” said a spokeswoman for the UK government.

“This decision is an important one and whilst we keep it under review, we’ll be continuing to implement our existing plan to reduce smoking rates through ending the display of tobacco in all shops, running national behaviour-change campaigns to encourage smokers to quit, and through supporting local authorities to provide effective stop-smoking services.”