by Mihai Andrei
in Other, Research, Studies
Reading Time: 2 mins read
A A
Share on FacebookShare on TwitterSubmit to Reddit 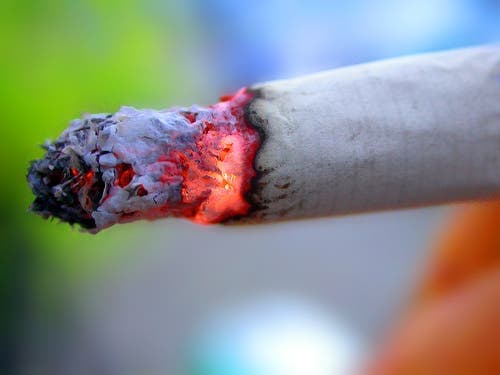 It may seem hard to believe, but even smoking a single cigarette has really bad effects on you, especially if you’re a young adult, according to a study conducted by Dr. Stella Daskalopoulou. Her study found that smoking one cigarette increases the stiffness of the arteries by 25 percent in adults of ages from 18 to 30. When arteries get stiffer, the heart has to work harder due to the increase resistance, and thus the chance of heart diseases or strokes greatly increase.

“Young adults aged 20-24 years have the highest smoking rate of all age groups in Canada,” says Dr. Daskalopoulou, an internal medicine and vascular medicine specialist at McGill University Health Centre. “Our results are significant because they suggest that smoking just a few cigarettes a day impacts the health of the arteries. This was revealed very clearly when these young people were placed under physical stress, such as exercise.”

The arterial stiffness was calculated using a method called applanation tonometry that measures the arteries’ response in case of exercise, pretty much like a cardiac stress test. They compared the results of young smokers (5-6) cigarettes per day to non smokers.

“In effect we were measuring the elasticity of arteries under challenge from tobacco,” explains Dr. Daskalopoulou.

The results were pretty shocking: after exercise, smokers had an arterial stiffness increase of 12.6 per cent after nicotine gum and 24.5 per cent after a single cigarette. Interestingly enough though, there was no difference during rest.

“In effect, this means that even light smoking in otherwise young healthy people can damage the arteries, compromising the ability of their bodies to cope with physical stress, such as climbing a set of stairs or running to catch a bus,” says Dr. Daskalopoulou. “It seems that this compromise to respond to physical stress occurs first, before the damage of the arteries becomes evident at rest.”

“More than 47,000 Canadians will die prematurely each year due to tobacco use, which often starts in the teen years,” warns Heart and Stroke Foundation spokesperson Dr. Beth Abramson. “We know that over 90 per cent of teenagers who smoke as few as three to four cigarettes a day may be trapped into a lifelong habit of regular smoking, which typically lasts 35 to 40 years.”