by Tibi Puiu
in Anatomy, Animals, Health & Medicine
Reading Time: 4 mins read
A A
Share on FacebookShare on TwitterSubmit to Reddit

In a remarkable medical feat, physicians at Cambridge University have restored movement in the hind legs of 23 dogs after they transplanted nerve cells from the animals’ noses. The results suggest that the procedure might hold similar promising prospects for humans suffering from spinal cord injuries.

The researchers used 34 pet dogs for their experimental procedure, of which 23 had an actual cell transplant, while the rest were injected with a neutral fluid in order to act as a control group.

The cells in question are called olfactory ensheathing cells, and they surround olfactory neurons that allow us to smell. The reason the researchers decided to use these cells is because they’re the only nerve cells in the body that continue to regenerate even through adulthood. As such, they’ve been studied with great interest by specialists in the past years.

After collecting the ensheathing cells from the inner lining of the nose, the scientists then multiplied and refined them in the lab. The batch was then directly injected in the injured part of the body. Soon after, the researchers observed significant improvement in the dogs’ ability to move their back legs, which up until then were completely paralyzed. Many of the pets had to be wheeled around in order to move before the operation.

All 23 pets that received the transplant showed considerable improvement and were able to walk on a treadmill with the support of a harness. None of the dogs from the control group which had a neutral fluid injected saw any improvement. Worth noting is that this is the first time ensheathing cells have been used in animals with real-life injuries.

“Our findings are extremely exciting because they show for the first time that transplanting these types of cell into a severely damaged spinal cord can bring about significant improvement.”

“We’re confident that the technique might be able to restore at least a small amount of movement in human patients with spinal cord injuries but that’s a long way from saying they might be able to regain all lost function,” said Professor Robin Franklin, a regeneration biologist at the Wellcome Trust-MRC Stem Cell Institute and report co-author.

After the cells are transplanted in the injury site, they begin to regenerate nerve fibres across the damaged region of the spinal cord. This allows the dogs to slowly, but surely regain the ability of their motor cortices to communicate with their back legs. 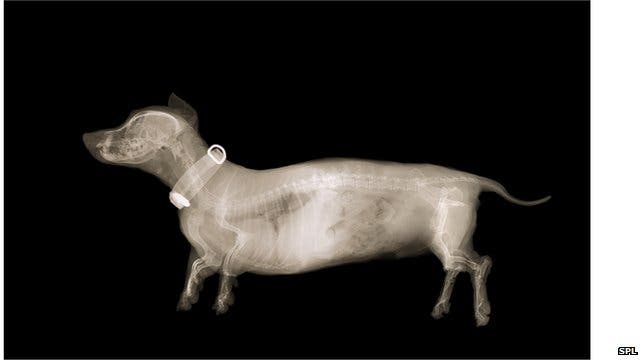 As a great shortcoming, the new nerve connections did not occur over the long distances required to connect the brain to the spinal cord. While a similar procedure on paralyzed humans would allow for a significant improvement in movement, it won’t however restore  sexual function and bowel and bladder control.

“This is not a cure for spinal cord injury in humans – that could still be a long way off. But this is the most encouraging advance for some years and is a significant step on the road towards it,” said Prof Geoffrey Raisman, chair of Neural Regeneration at University College London, who discovered olfactory ensheathing cells in 1985.

“This procedure has enabled an injured dog to step with its hind legs, but the much harder range of higher functions lost in spinal cord injury – hand function, bladder function, temperature regulation, for example – are yet more complicated and still a long way away.”

The scientists advise people not too get overly excited over these findings and wait for more trial findings.

“We’re confident that the technique might be able to restore at least a small amount of movement in human patients with spinal cord injuries, but that’s a long way from saying they might be able to regain all lost function,” Frankly said in a statement. “It’s more likely that this procedure might one day be used as part of a combination of treatments, alongside drug and physical therapies,” he continued.

For pet owners, however, like those of Jasper, a 10-year-old dachshund, who could walk again on his own feet after the treatment, even these “small” steps mean the world to them.

“Before the treatment we used to have to wheel Jasper round on a trolley because his back legs were useless. Now he whizzes around the house and garden and is able to keep up with the other dogs. It’s wonderful,” said Jasper’s owner May Hay for BBC.

Findings were published in the journal Brain. Check out the video below, which features Jasper’s extraordinary transformations from being wheeled around to walking on a treadmill.