Painkiller addictions are the worst drug epidemic in US history

Fatal overdoses due to painkillers have reached epidemic levels, greatly exceeding those from heroin and cocaine combined, becoming the worst drug epidemic in US history. 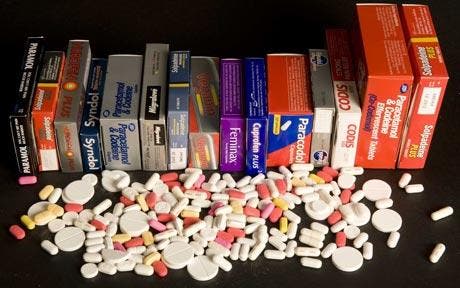 Prescriptions for painkillers in the United States have nearly tripled in the past two decades, and the results are dreadful. In 2012, enough painkillers were prescribed to keep every single citizen medicated around the clock for a month – or once every 12 days for an entire year.

“According to the CDC, this is the worst drug epidemic in U.S. history,” he said. “CDC has data demonstrating that around the same time doctors began aggressively prescribing these medications in the late 1990s, there have been parallel increases in rates of addiction.”

Even worse, he adds, the Food and Drug Administration (FDA), Kolodny said, is “failing miserably” at fighting against the epidemic:

Meanwhile, the US is loading its guns and going harder and harder against “illegal drugs” – again, even while mortality associated with painkillers alone tops that of heroin and cocaine combined, authorities seem to ignore this issue. The so-called “war on drugs” stigmatizes psychological addiction, but at the same time, it encourages the consumption of “prescription drugs”. The study, which was published in The Lancet examined four categories of illegal drugs – opioids (which include painkillers and heroin), cocaine, amphetamines and cannabis (on which interestingly enough, you can’t overdose, even though it’s illegal).