Neurobiologist can see in 3-D after being stuck in 2-D for 48 years. [amazing brain adaption] 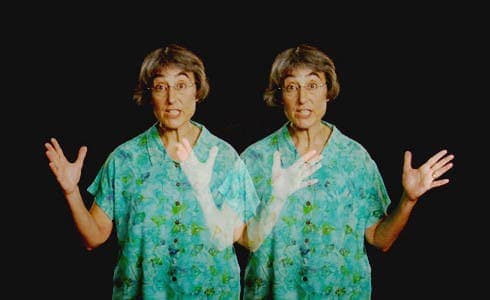 Meet Susan Barry. She’s an accomplished neurobiologist and a professor of biological studies at Mount Holyoke College. For 48 years of her life, however, Susan was visually stuck in 2-D world. You see, she was born with her eye crossed and could only see in two dimensions. Our eyes each produce an image, and since they’re very close to another and in the same plane, unlike those of a horse for instance, the images are of an area more or less the same but from slightly different angles. The two separate images are then processed by the brain which combines the two by matching up similarities and adding up the slight differences between the two. The combined image is more than the sum of its parts. It is a three-dimensional stereo picture. 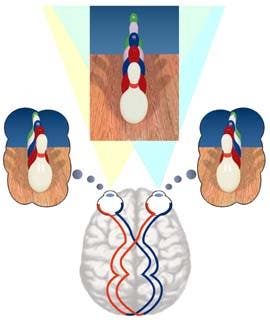 Back to Susan, though. Susan had a really tough time growing up, as you might imagine. Because of her condition, Susan could never focus both her eyes on the same point at the same time – the key to stereoscopic 3D vision – and was stuck in flat world. She had a lot of trouble reading, gaining visual perspective and living a normal life, bottom line. For many years, physicians believed that stereo vision can only be developed during a critical time in infancy. Susan believed this as well, after all, she was told this countless times by many different doctors.

As Susan got older, however, her vision worsen. She complained about her eyesight becoming “jittery” to her optometrist and began practicing a series of exercises designed to help stabilize her gaze. Along the way, however, she found that she could see in 3-D! Imagine her impression – she was 48! Better late than never, I suppose. The feat earned her the moniker “Stereo Sue,” coined by neurologist Oliver Sacks.

What “Stereo Sue” achieved, though, transcends her personal experiences because it shows the brain is capable of much greater adaption than we might credit it. “If we’re stuck in a rut, it’s because we think we’re stuck in a rut,” says Sue. “We can get better at everything.”  Her experience taught her that the brain could adapt – maybe even in some of the ways that we want it to adapt – even beyond the boundaries of the “critical period.”

Check out this 10 questions video with Susan, part of the “Secret Life of Scientists” show on PBS. Check out the bonus beneath the video.

Let’s have some fun. Below is a stereogram, which is basically an image which when visualized very closely will give the impression of depth. If you’ve never experienced a stereogram before, you’ll definitely rejoice. I remember being simply astonished at the sight when I gazed my first stereogram. At first glace, the image might not seem like much – a bunch of cows layered up in a seemingly chaotic order. Focus!

Read this to learn how to look at a stereogram first. 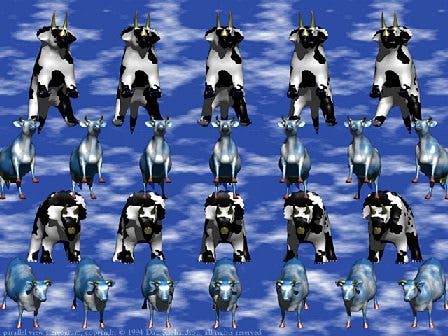