Why music makes you feel less tired while exercising

Music activates a specific brain region that suppresses the sense of fatigue.

It’s leg day, so you hit the gym with perhaps not the usual enthusiasm you’re used to. Luckily you can plug in your headphones and play Eye of the Tiger (or your favorite Spotify workout playlist) to make those reps a little bit more bearable. Music, scientists say, has been found to improve performance of physical tasks, such as exercising — and now, a new study has uncovered a potential mechanism that explains this effect. According to researchers at Brunel University London, intense auditory stimuli activates a region of the brain that suppresses fatigue.

There are many studies that have documented the effects music — be it jazz or death metal — has on exercise. In 2012, researchers at Brunel University completed a systematic review of 62 studies on the performance-enhancing effects of music published since 1997. They found that listening to music before running or playing sports increases arousal and improves the performance of simple tasks. When music is played during physical activity, it has ergogenic (work-enhancing) effects. One way it improves outcomes is by both delaying fatigue and lessening the subjective perception of fatigue.

In a new study, a team of researchers at the same university delved deeper in order to investigate what’s responsible for these effects. For the study, 19 healthy adults had to exercise with a hand strengthener grip ring while they were sitting in an MRI scanner. During some of the 30 sets of reps they had to do, the participants listened to music, such as Creedence Clearwater Revival’s I Heard It Through The Grapevine.

When music was playing, the participants were more excited to complete the task and showed an increase in thoughts that were unrelated to the task at hand. Music also activates a region of the brain called the left inferior frontal gyrus, which integrates and processes information from internal and external sources. The researchers found that the more this region was activated, the less exertion the participant felt.

Unraveling this mechanism might have important practical implications. For instance, the brain region identified in the study could be stimulated directly, facilitating low to moderate exercise and motivating high-risk individuals, such as those with obesity or diabetes. In a previous study, the authors used portable EEG technology — a cap that records the electrical activity of the brain — and found that listening to music while walking increased energy levels and enjoyment, at the expense of mental focus. Podcasts also led to performance improvements, though not as pronounced as listening to music. The effects were associated with an increase in beta waves in the frontal and frontal-central regions of the cortex. 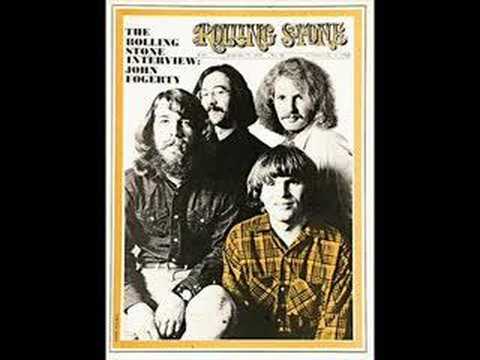 However, music can only get you so far. The review mentioned earlier found that listening to music does not reduce perceptions of exertion when individuals are pushing beyond the anaerobic threshold — the point at which lactic acid begins to accumulate in the bloodstream and you feel sore.

The authors also note that people should be careful not to overdo this, lest they risk becoming overly reliant on music to exercise.

“We have learned so much about the psychophysical, psychological, and psychophysiological effects of music in the past two decades that people are almost developing a peculiar form of stimulus dependence. If we continue to promote the unnecessary use of auditory and visual stimulation, the next generation might be no longer able to tolerate fatigue-related symptoms and exercise in the absence of music,” Marcelo Bigliassi of Brunel University London and co-author of the new study told PsyPost.

“My view is that music and audiovisual stimuli can and should be used and promoted, but with due care,” Bigliassi said. “We should, perhaps, learn more about the joys of physical activity and develop methods/techniques to cope with the detrimental effects of fatigue (i.e., learn how to listen to our bodies and respect our biomechanical and physiological limitations).”

The findings appeared in the International Journal of Psychophysiology.