Stress undermines empathic abilities in men but increases them in women, research claims 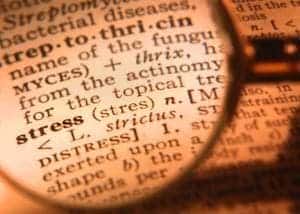 When males get more stressed, they tend to become more self centered, losing some of the ability to distinguish their own emotions and intentions from those of other people. For women the exact opposite is true. However, for you people who only read the first line and skim the rest: Women without stress were on average equally as egocentric as men with stress.

In the modern world, stress is something that haunts us every single day. It’s been shown already that it can undermine not only how we relate to other people, but also our physical health. Interestingly enough, when under stress, women tend to become more “prosocial”, according to a study conducted by Giorgia Silani, from the International School for Advanced Studies (SISSA) of Trieste.

“There’s a subtle boundary between the ability to identify with others and take on their perspective — and therefore be empathic — and the inability to distinguish between self and other, thus acting egocentrically” explains Silani. “To be truly empathic and behave prosocially it’s important to maintain the ability to distinguish between self and other, and stress appears to play an important role in this.”

Stress is a complex mechanism, which encompasses both biological and psychological mechanisms. Its main evolutionary purpose is to allow the individual to gather additional physiological resources when facing a difficult situation. However, this process is straining on the body, and if we do it too much, it starts to take its toll.

At the very basic level, an individual can react to stress in two ways: by trying to reduce the internal load of “extra” resources being used, or, more simply, by seeking external support.

“Our starting hypothesis was that stressed individuals tend to become more egocentric. Taking a self-centred perspective in fact reduces the emotional/cognitive load. We therefore expected that in the experimental conditions people would be less empathic” explains Claus Lamm, from the University of Vienna and one of the authors of the paper.

The first surprise was that this hypothesis held out only for males.

In order to test this out, they devised a series of experiments, creating conditions of moderate stress in the lab. For instance, subjects were asked to perform public speaking or mental arithmetic tasks and then imitate certain movements (motor condition), or recognize their own or other people’s emotions (emotional condition), or make a judgement taking on another person’s perspective (cognitive condition). Half of the participants were male, and the other half was female – and the results were opposite for the two groups.

“What we observed was that stress worsens the performance of men in all three types of tasks. The opposite is true for women” explains Silani.

We’re still pretty far from understanding exactly why this happens, as there could be many causes for this (or a mixture of them):

“Explanations might be sought at several levels,” concludes Silani. “At a psychosocial level, women may have internalized the experience that they receive more external support when they are able to interact better with others. This means that the more they need help — and are thus stressed — the more they apply social strategies. At a physiological level, the gender difference might be accounted for by the oxytocin system. Oxytocin is a hormone connected with social behaviours and a previous study found that in conditions of stress women had higher physiological levels of oxytocin than men.”