Men, not women, are better multitaskers

The long held belief that women are better multitaskers than men seems to finally be debunked, according to a new Swedish study.

“On the contrary, the results of our study show that men are better at multitasking than women,” Timo Maentylae, a psychology professor at Stockholm University, said. 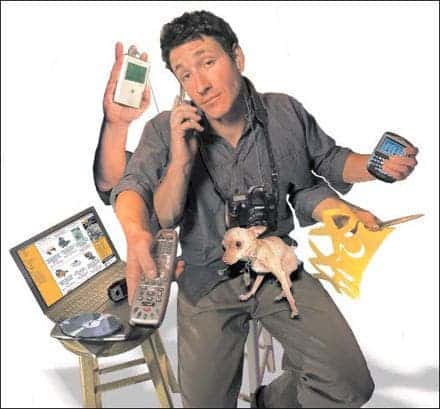 Surprising or not, the female ability to multitask can be directly correlated with their menstrual cycle.

“Previous studies have shown that women’s spatial skills vary across the menstrual cycle with high capacity around menstruation and much lower around ovulation, when oestrogen levels are high,” he said. “The results showed a clear difference in multitasking between men and women in the ovulation phase, while this effect was eliminated for women in the menstrual phase.”

In order to test this, he signed 160 subjects, both male and female, between 23 and 40 years of age. They were instructed to keep track of three digital counters which displayed different times at different speeds, defined by a simple set of rules. While remembering these times, subjects also had to watch a scrolling ticker featuring common Swedish names and press a button when one of the names was repeated. The results were pretty clear. While a truly small portion of all humans truly are multitaskers, men are significantly better than women at this kind of activity.

The results were published in Psychological science