Managers lose track of the big picture, only focus on grades and performance, not context

by Tibi Puiu
in Mind & Brain, Psychology
Reading Time: 4 mins read
A A
Share on FacebookShare on TwitterSubmit to Reddit 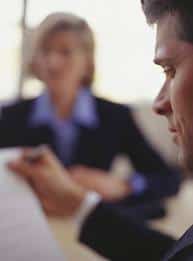 How many times did you apply for a job or to enter a graduate program in some school somewhere only to find that the position was filled by someone less capable than you? Now, we’re strictly referring to people genuinely less capable than you, otherwise we’d be hitting the same bias exhibited by the manager in charge that renounced you the position you deserve. Needless to say, this may have happened quite a lot, and the reason apparently lies in the fact that  managers tend to ignore the context of past performance, according to the findings of a new study by researchers at University of California,  Berkeley-Haas School of Business.

“We would like to believe that the people who are making judgments that affect our lives—where we get hired or what school we are admitted to—have the wisdom to understand who we are, what we are capable of, what shortcomings aren’t our fault,” says  Don Moore, an Associate Professor at University of California, “But our research shows people evaluating us have a great deal of trouble considering situational factors or context.”

The researchers recruited various company executives, university faculty members and graduate students for their four distinct studies specifically tailored to test for what’s called in social psychology the “correspondence bias” – the tendency of some people to draw inferences about a person’s disposition while ignoring the surrounding circumstances. This tendency has been found to be so widespread by previous studies, as well as the present one as you’ll soon learn, that it has been called by many the fundamental attribution error.

Screening the numbers, not the people

For instance, in one of the study’s experiments participants were asked to evaluate a situation similar to this hypothetical scenario:

John and Dave are applying for a senior management position at Los Angeles International Airport (LAX). John works at the Oakland International Airport (OAK), and David works at San Francisco International (SFO). They offer comparable experience. One key measure of performance for the LAX job is the percentage of flights that leave on time at the applicant’s airport. SFO is considered to be the more difficult airport to land planes, in part because it has more overcast days and only two of four runways in use. Therefore SFO rates lower in on-time departures, and John from OAK gets the job.

The National Association of Colleges and Employers reports that 66 percent of employers screen candidates by grade point average (GPA), and 58 percent of employers indicated that a GPA below 3.0 all but eliminates a candidate’s chances of being hired . Academic grades, after all, test the mental ability central to predicting job performance. However, by setting a cutoff GPA for all candidates, employers implicitly assume that a grade from one school is equivalent to a grade from another. This is a problematic assumption because universities vary considerably in their grading standards; otherwise similar universities display large differences in the grades they award their students.

“Our results suggested that alumni from institutions with lenient grading had a leg up in admission to grad school, and the reason for that is the admissions decision makers mistakenly attributed their high grades to high abilities,” says Moore.

The study, which was published in the journal PLOS ONE and can be read in its entirety here for free, supports the hypothesis that people rely heavily on nominal performance (such as GPA) as an indicator of success while failing to sufficiently take into account information about the distributions of performances from which it came. To the extent that admissions officers and hiring managers generally show the same biases discussed here, graduate programs and businesses are collectively choosing to select candidates who demonstrated their merit in favorable situations rather than selecting the best candidates.

The study found that while the decision makers said they wanted to consider situational influences on performance, when given the opportunity, they failed to do so.  The researchers are optimistic, however, in the sense that they believe this tendency can be trained out of the decision-makers’ system.