It’s a staple of classic science fiction – controlling stuff with your mind. But researchers working at the University of Minnesota made it reality.

From sci-fi to the lab

In the lab of biomedical engineering professor Bin He, several people have already learned to use their thoughts to drive a flying robot around – making it turn, rise, dip, and even fit through a ring. The technology is not only awesomely cool, but it has the potential to allow people robbed of speech and mobility by neurodegenerative diseases or accidents to regain their function by using artificial, thought controlled limbs; but things get even better: the technique is completely non-invasive.

“My entire career is to push for noninvasive 3-D brain-computer interfaces, or BCI,” says He, a faculty member in the College of Science and Engineering. “[Researchers elsewhere] have used a chip implanted into the brain’s motor cortex to drive movement of a cursor [across a screen] or a robotic arm. But here we have proof that a noninvasive BCI from a scalp EEG can do as well as an invasive chip.” 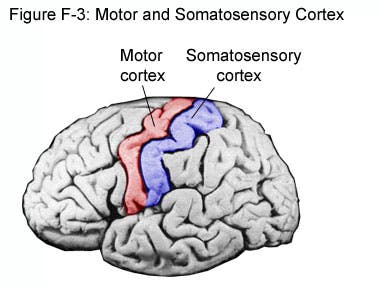 The magic happens in the motor cortex – the region of the cerebral cortex involved in the planning, control, and execution of voluntary movements. When we move, or even when we think about making a movement, the neurons in our motor cortex emit tiny electric currents. Thinking about a different movement activates a new assortment of neurons; as He explains, you can map the activity of these neurons, and separate several activity regions.

“We were the first to use both functional MRI and EEG imaging to map where in the brain neurons are activated when you imagine movements,” he says. “So now we know where the signals will come from.” 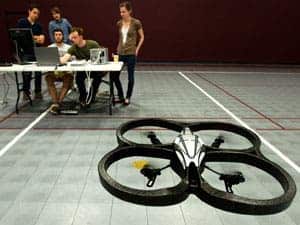 For example, the most distinguishable signal is created when you clench your fist.

“This knowledge about what kinds of signals are generated by what kind of motion imagination helps us optimize the design of the system to control flying objects in real time,” He explains.

Via University of Minnesota