With a simple brain scan, researchers can now see if you've been naughty or nice - on average.

by Mihai Andrei
in Mind & Brain, News, Psychology
A A

With a simple brain scan, researchers can now see if you’ve been naughty or nice – on average.

The ambitious Human Connectome Project (HCP) is a global effort that wants to map all the connections between the areas of your brain and the millions and millions of neurons and see how these decide or affect your personality; basically, they want to make a map of your brain and see what goes where. As part of that project, they’ve reached a significant milestone: they believe they can figure out whether someone is good or bad… sort of.

“We have now begun to see really strong evidence of a connection between measures of brain function, connectivity and many aspects of people’s lives and personality,” says lead author Dr. Stephen Smith, a biomedical engineer at the University of Oxford.

Launched six years ago with an initial fund of $40 million, the HPC is scanning the brains of 1,200 adults with fMRI. Recently, they’ve been looking more on what happens inside the brain when you’re not focusing on a specific task, and you’re letting your brain wander. These “resting state connectomes” show how the brain reacts when its “locked and loaded” – not thinking about something, but prepared to focus should the necessity appear. But there’s more.

The brain stores demographic and personality-related information, including IQ capacity, attention span and even socioeconomic status. It could even say if you’re generally a good person or not.

In a real tour de force, they took the data from 461 scans and ran a massive computer program to map the brains in the resting state, looking at 200 different regions. They specifically looked at how these regions are connected to each other, how they ‘talk’. They then added 280 different traits to the pool of brain scan data, and for each participant performed canonical correlation analysis – a type of statistical analysis that helps reveal relationships between complex variables.

The results surprised even the researchers.

Brain connectivity patterns could be aligned on a single axis, with one end was associated with positive traits (better education, memory, even physical ability), and another end associated with rule breaking, lying and poor sleep quality. It’s incredibly impressive, says Dr. Marcus Raichle, a neuroscientist at Washington University, that scans of the brain managed to reveal so much information, tracking not only who has the better cognitive abilities, but also who has the more positive personality – of course, there will always be some vagueness here, but at least a general line was drawn. But for all the answers it provides, this study poses one very big question: which way does causality go? In other words, is it the way we lead our life that affects our brain patterns, or is it the brain patterns that decide how we live our lives? 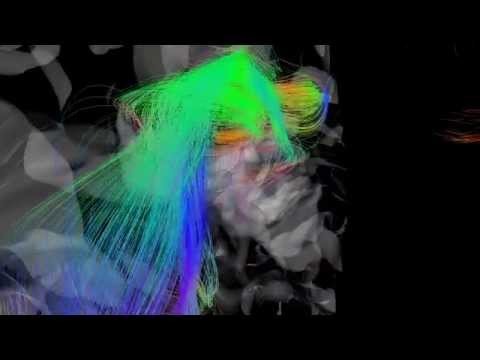 Also, “good” and “bad” are not fixed variables, and they can be very different in different social contexts – which suggests that we need more accuracy in determining which traits are positive and which are not. Also, positive or negative traits aren’t really associated with intelligence, and it’s not clear how intelligence affects the personality.

This is just a taste of what’s to come. The HCP is full out swinging, and this data is nothing short of a gold mine. There is definitely more to come, and I can’t wait for it! We are finally charting the most mysterious place of all – the human brain.