Micro-beads based system could allow for instant laboratory analysis

by Tibi Puiu
in Health & Medicine, Technology
A A

Harnessing the oscillation of magnetic microscopic beads, MIT scientists have carried out experiments which show that it’s possible to develop a tiny device capable of diagnosing biological samples instantly. Such a tiny lab would allow for fast, compact and versatile medical-testing.

Tiny magnetic balls, in the micrometer scale or a millionth of a meter, embedded with biomolecules such as antibodies, allow for proteins or even cells to bind to them. An oscillating magnetic field makes the individual beads resonate. Since the measured frequency is proportional to the mass of the bead+bio-sample, its size can also be determined. This would provide a way to detect exactly how much of a target biomolecule is present in a sample, and in the process also provide an instant information readout, compared to days typically required in a conventional laboratory. This could, for example, lead to tests for disease agents that would need just a tiny droplet of blood and could deliver results instantly, instead of requiring laboratory analysis.

Other chip-based biomedical tests are currently used today, but using this technique, coupled magnetic tracks on a microchip surface, the MIT researchers are confident that results can be provided a lot faster, and at a much smaller required biological sample size. However, the team has yet to prove their system with bio-samples, instead their system was proven to detect magnetic beads of different sizes, corresponding to those between particles that are bound to biological molecules and those that are not. The next obvious step after this proof of concept is repeating the procedure using biological samples, as well.

“It is very interesting how the researchers combine technologies that are well understood for applications in computing and data storage, and apply them to something completely different,” said R. Sooryakumar, a professor of physics at Ohio State University who was not involved in this research. He adds, “These magnetic devices are potentially valuable tools that could go well beyond how one may normally expect them to be used. The ramifications, for example in food safety and health care, such as pathogen or cancer detection, are indeed exciting.”

Findings were reported in the journal Lab on a Chip. 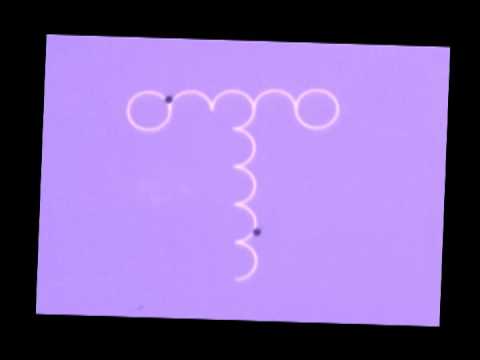