Meditation stronger than morphine and drugs

Meditation can have pain reliefing effects much greater than even morphine, one of the strongest drugs, according to a recent study. 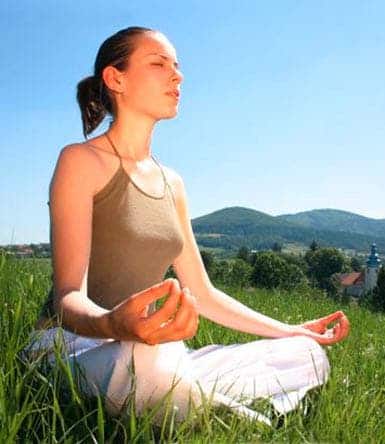 We are only beginning to understand the deep effects that meditation has on our bodies, and researchers are baffled, to say the least. It calms and relieves pain with unbelievable efficiency, reducing the pain by more than half, and also providing long term results.

“This is the first study to show that only a little over an hour of meditation training can dramatically reduce both the experience of pain and pain-related brain activation,” said Dr Fadel Zeidan, lead author at Wake Forest Baptist Medical Center in North Carolina.

For this study, 15 volunteers who have never meditated before attended four 20 minute classes where they were thought how to meditate using a technique called focused attention. Mind you, ordinary people with only 80 minutes of training. Both before and after this training, their brain was monitored using a special type of imaging called arterial spin labelling magnetic resonance imaging (ASL MRI).

For the purpose of this study, a pain inducing stimulae was applied on the volunteers, and the results showed that the amount of pain was reduced by approximately half after the meditation. The research also showed that meditation increased brain activity in areas including the anterior cingulate cortex, anterior insula and the orbito-frontal cortex.

Of course, the advantages of such a technique are numerous: it’s easy to learn, free, offers tremendous pain relief, non invasive, and also has other benefits.