In an exciting announcement, French drug manufacturer Valneva has announced that they’ve successfully completed their first-ever human trial of a vaccine against the disease. The vaccine, which is reportedly up to 96% effective, might soon be available in the UK and US at a “reasonably low” price. 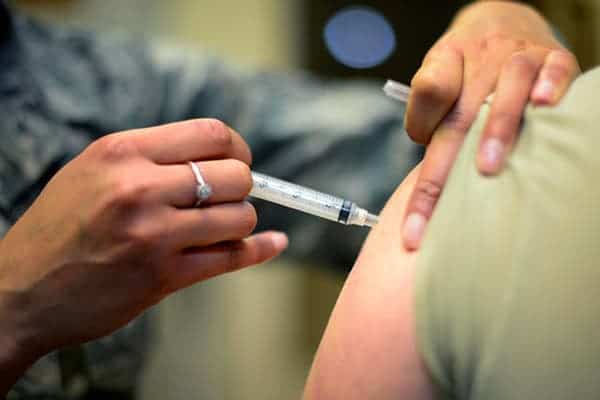 Ticks really are horrendous creatures — they live in warm, humid vegetation, waiting on unsuspecting creatures to walk by so they can jump on and feed on their blood. To make matters even worse, ticks don’t just suck your blood, they also carry a wide range of pathogens, including viruses, bacteria, and protozoa. Among the disease which ticks can carry, the most feared one is Lyme Disease — and for good reason.

Lyme Disease is one of the most common and widespread vector-borne illnesses in the Northern Hemisphere. After a tick bite, it typically kicks off through an expanding area of redness on the skin, though about one in four people don’t get a rash at all. If untreated, the disease can cause the loss of the ability to move one or both sides of the face, joint pains, severe headaches with neck stiffness, and to top it all off, the symptoms can resurface months or even years later. In some cases, the symptoms can re-emerge even after treatment, so it’s no wonder that Lyme Disease has become so feared.

This is where the new vaccine kicks in. The vaccine typically works by kickstarting the immune system to produce antibodies that attack the bacteria hiding inside the insect, preventing them from entering the human blood. According to trials, the vaccine has been found to be between 71.4% and 96.4% effective.

David Lawrence, Valneva’s chief financial officer, told The Sunday Telegraph that the company was investing £262 million ($350 million) into the development of the vaccine, attempting to make it even more effective, and also making sure that it can be manufactured at a reasonable price.

Valneva’s vaccine candidate, VLA15, is currently the only active vaccine program in clinical development against Lyme disease. The program was closely followed by national and international health bodies, being granted Fast Track designation by the U.S. Food and Drug Administration (FDA) in July 2017.

EDIT: The article was edited to clarify that this is not the first ever Lyme vaccine. In 1998, the FDA approved a new recombinant Lyme vaccine, LYMErix™, which reduced new infections in vaccinated adults by nearly 80%. Just 3 years later, the manufacturer voluntarily withdrew its product from the market amidst media coverage, fears of vaccine side-effects, and declining sales. More information here.