The results are huge.

by Mihai Andrei
in Diseases, Health & Medicine, News
Reading Time: 4 mins read
A A
Share on FacebookShare on TwitterSubmit to Reddit

Immune therapy prior to surgery is yielding encouraging outcomes, a new compelling study reports. The innovative treatment has the potential to transform lung cancer treatment. 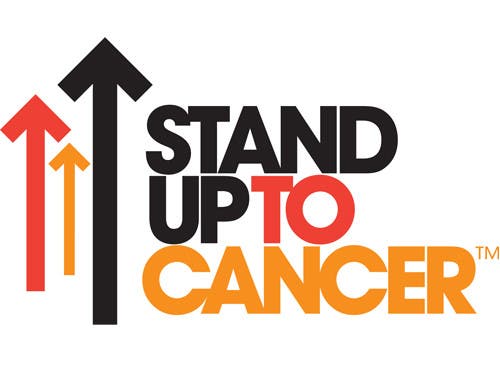 Lung cancer is one of the most dangerous types of cancers out there, but treatment options have become more diverse in recent years. In conjunction with surgery, a new immunotherapy drug shows impressive promise in dealing with the disease.

The drug called Keytruda, or pembrolizumab, is already being used in cancer immunotherapy when tests suggest that patients are likely to respond to it. Keytruda blocks the protective mechanism of cancer cells, allowing the immune system to destroy those cancer cells. In a new study, researchers report that if it is administered prior to surgery, it yields encouraging outcomes that persist for more than one year. The medical team treated 20 patients with immune therapy before surgery, and a year later, 16 of them were alive with undetectable cancer. Two of them were still alive but did still show signs of cancer, while one of the patients died of lung cancer and the last one died of an unrelated head injury. It’s a small study, but results are certainly encouraging.

Results of the new study show that in combination with chemotherapy, the drug is useful for the majority of patients diagnosed with even an advanced form of lung cancer. Furthermore, combinations of immunotherapy drugs can also help people get off the more toxic standard chemotherapy treatment, which improves the life expectancy and the quality of life for patients. The results are so impressive that all lung cancer patients should be given the option of immunotherapy, Dr. Roy Herbst, a lung cancer specialist at Yale Cancer Center who was not involved in the studies, told NBC. Even Dr. H. Jack West, the resident skeptical cancer specialist at the Swedish Cancer Institute in Seattle, says that the results are “huge.”

The study was largely made possible by a collaboration with Stand Up To Cancer (SU2C), a charitable program which aims to raise significant funds for translational cancer research through online and televised efforts, as well as charity shops.

“We were able to achieve this study’s promising results in a relatively rapid time-frame because of the collaboration made possible by our Stand Up To Cancer-Cancer Research Cancer Institute Immunology Dream Team grant,” said senior author of the study Drew Pardoll, MD, PhD, director of Bloomberg-Kimmel Institute for Cancer Immunotherapy and director of Cancer Immunology at Johns Hopkins School of Medicine.

The concept of using immunotherapy isn’t really new. The therapy is exciting in the medical community because, in a minority of patients, it reports excellent results even for cancers that have spread throughout the body. However, most of the time, results don’t really persist. Only, this time they do.

“The concept of interception is simple when you hear it, to arrest the natural history of cancer. In other words, once a cancer begins to develop, scientists look for strategic points where they can intervene and stop its growth. This team is using T cells, activated by immunotherapy prior to surgery, to continue to circulate through the patient’s body, after surgery. These T cells can intervene, stopping errant tumor cells from forming new metastases, preventing recurrence,” says Stand Up To Cancer President and CEO Sung Poblete, PhD, RN.

It’s still a small-scale study so results still need to be replicated over a broader sample before we can draw definite conclusions but so far, results are indeed very exciting.

“However, these initial results are highly encouraging and we believe will spur interest in further neoadjuvant clinical trials across additional cancers,” added Dream Team Investigator Patrick Forde, MBBCh, assistant professor of oncology at Bloomberg-Kimmel Institute for Cancer Immunotherapy, who led the study and served as co-principal investigator of the clinical trial.

However, a course of treatment with Keytruda costs $150,000. If the results are indeed confirmed and we start exploring the scalability of the treatment, the price of the treatment also needs to be addressed.

Lastly, it should also be said that the vast majority (85%) of cases of lung cancer are due to long-term tobacco smoking. Aside from tobacco smoking, these cases are also influenced by a combination of genetic factors and exposure to radon gas, asbestos, second-hand smoke, or other forms of air pollution. Prevention is much better and easier than treatment, so if you want to reduce your odds of getting lung cancer, by far the best thing to do is to quit smoking and avoid second-hand smoking.