Novel method can image cancer spreading at the single-cell level

It's now possible to see how individual cancer cells move through the body of a mouse.

Japanese researchers from the University of Tokyo have devised a new way to track the patterns of metastasis in never before seen detail, at the single-cell level. To peer inside tissues, the researchers made whole mouse bodies and organs highly transparent then used current imaging technique to study individual cancer cells as these metastasize in the lungs, intestines, and liver. This method could prove indispensable in cancer research, particularly drug development, but also in treatment and diagnosis.

What has always been challenging about cancer is that tumor metastasis begins with only a few metastasized cells. Hiding among the billions and billions of cells, it follows that cancer is very slippery enough to elude researchers trying to study it,doctors working hard to eradicate it, even our own immune systems. But if cancer wants to be this tricky, so be it — we’ll just have to devise ways to track it down even if that means imaging it down to cellular resolution.

Prof. Hiroki Ueda and Prof. Kohei Miyazono, both at the University of Tokyo, had to devise a new method to generate a whole-body scan of a mouse. The challenge lied in making its body transparent using tissue-clearing chemicals whose mixture had to be just right. In 2014, the two researchers in collaboration with colleagues from the RIKEN Quantitative Biology Center, developed a whole-body clearing chemical cocktail called CUBIC. The mix, however, proved unsatisfying when applied to cancer metastasis so the team optimized and made two new versions called CUBIC-L and CUBIC-R. These cocktails had a much better refractive index, a value which describes how much light is bent as it moves through an object and which significantly influences microscope imaging methods.

The modified mixture turned the body of the mouse clear, all while preserving the signals of the fluorescent proteins which cancer cells generate. It was then just a matter of following these proteins as they moved and spread across various organs of the mouse’ body like the liver, pancreas, and intestines. Another set of images shows a healthy pair of lungs being gradually colonized by cancer cells over the course of two weeks, while a third probes relationships between cancer cells and blood vessels inside the brain. The video below shows how it’s possible today to zoom in on individual cancer cells in the brain. 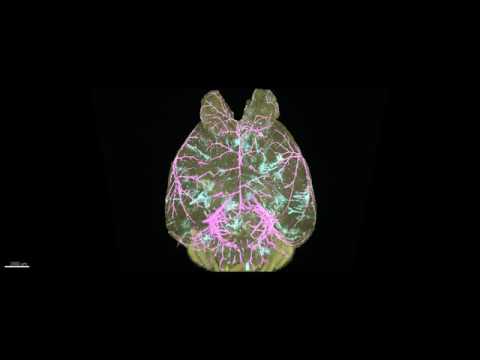 And here’s how the view looks like for the whole mouse body. 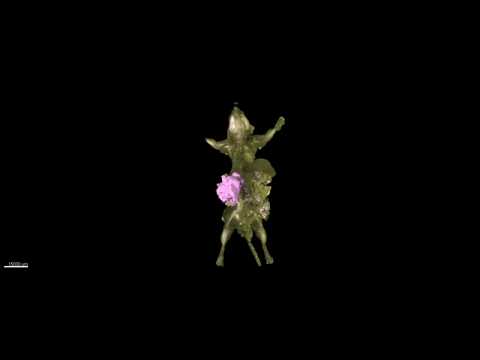 The novel protocol, by seeing cancer at the cellular level, provides a clearer view of metastasis and has already revealed many insights. To spread across the body, cancer cells must surf the bloodstream and enter/exit through the blood vessel walls. This trip isn’t easy and many cancer cells die along the way, but the images obtained by the Japanese researchers found that cells treated with TGF-beta are far more likely to survive and form malignant tumors. TGF-beta is a protein involved in cellular growth and differentiation and is produced in ever increasing quantities by some forms of cancers, as reported in the journal Cell Reports.

Perhaps, the most revealing insights following the research was seeing how stranded cancer cells survive after the vast majority of the cancer was destroyed by chemotherapy. By studying these residual cancer cells in more detail using similar methods, it’s possible we might one day learn more about the recurring mechanisms of cancer.

“In the future, the detailed analysis of these residual cancer cells will tell us more about the mechanisms of cancer recurrence, and give us the clue to the treatment of them, Miyazono told ZME Science.

Prof. Ueda also says a variation of the body-clearing imaging technique could be applied to human clinical samples for diagnosis/treatment purposes. “I hope this tissue-clearing and 3D imaging of human samples make the pathological diagnosis easier, more objective and accurate in near future,” he told me in an e-mail.

“In this study, we demonstrate the power of whole-body and whole-organ clearing and imaging with single-cell resolution. We believe that same strategy will be applicable to other biomedical studies such as autoimmunity and regenerative medicine, in which the single-cell events play crucial roles. We are now hoping and also planning to expand the applications of whole-body tissue-clearing and imaging methods reported in this study,” Ueda concludes.