by Mihai Andrei
in Animals, Genetics
Reading Time: 2 mins read
A A
Share on FacebookShare on TwitterSubmit to Reddit

Great tits are widespread species throughout Europe, the Middle East, Central and Northern Asia, and parts of North Africa in any sort of woodland. They tipically don’t migrate, except for very harsh winters. According to a new paper published in BioMed Central’s open access journal Frontiers in Zoology, the female’s appearance can be correlated with healthy attributes in offspring. 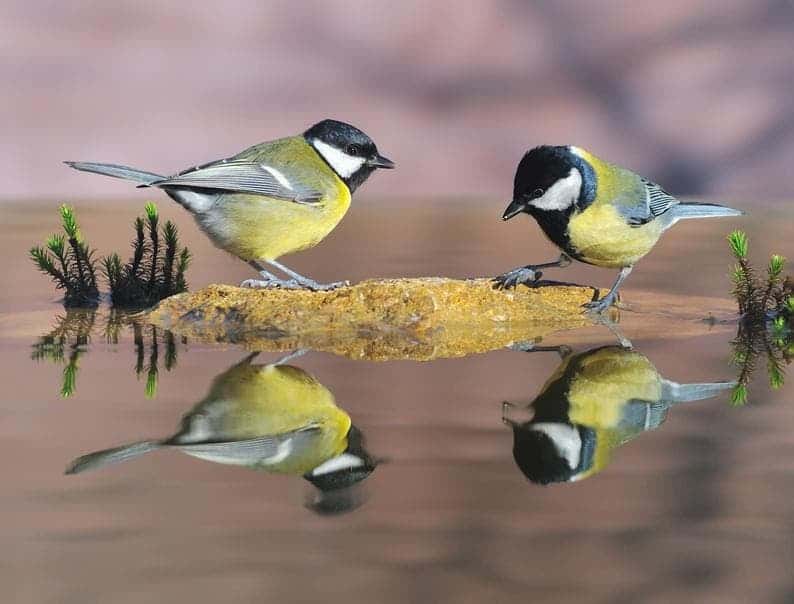 The black stripe across her breast and white patches on her cheeks correlate to a chick’s weight at two weeks and immune strength respectively – thought the former can be in fact a genetic trait, while the latter can be an effect of nurture rather than nature.

However, researchers from Palacky University in the Czech Republic played a nasty trick on a pair of tits, swapping their offspring to test their theories. They investigated the growth and health of the infants and the ‘ornamentation’ of their mothers. The factors they took into consideration were weight, size and immune strength. What they found was that indeed, there is a correlation between the chick’s weight at two weeks and the size of black breast stripe on the genetic mother.

The body size of the chick is only related to its mother’s body size, and not its ornamentation, but strength of chick’s immune response was in fact connected to the white cheek patch. Talking about how the ornaments evolved to represent other bodily traits, Vladimír Remeš and Beata Matysioková who performed this study explained:

“Bigger healthier babies are important to the reproductive success of individuals, because they are more likely to survive to adulthood — so it is useful for birds to be able to work out which potential mates will produce the best babies. Maintaining bright colouration uses up resources which could otherwise be invested in reproduction or self-maintenance — consequently the evolution and maintenance of ornamentation in female great tits is probably due to direct selection by males.”