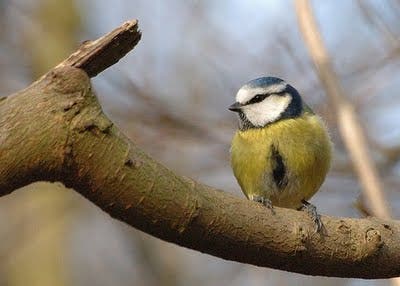 Researchers have concluded that urban dwelling birds forced to adapt and innovate in a concrete environment have a larger brain, relative to their body size. In the process, scientists have found family traits are key to identifying why certain birds thrive in certain European cities, and consequently generally in urban environments.

Urban bird achievers include tits, crows, nuthatches and wrens which all come from families of related species that have large brains compared to their bodies. Living in the city is no easy task, one which breaks the natural pattern of trees, plains and so on these species have been used to for thousand of years, and whose habitat has significantly changed over the past few hundred years as the industrial age boomed, and urban centers flourished.

Living in the city requires innovation and adaptation, and for that you need a bigger brain, and scientists took to find out why some particular species of birds are doing much better than others in the city. With this in mind, researchers from the Evolutionary Biology Centre, Uppsala, Sweden and the Donana Biological Station, Seville, Spain studied 82 species of birds from 22 families. Focusing on 12 cities in France and Switzerland, they aimed to find out why some species of bird are more successful in urban environments than others.

“We were interested whether behavioural flexibility can increase the chance of a given species to successfully colonise cities,” explained evolutionary biology expert Dr Alexei Maklakov.

“After all, a centre of a modern city is a novel and rather harsh environment for most species and the ability to sustain a varied diet or develop novel foraging techniques and perhaps utilise non-standard nesting places, can be beneficial.”

Previous studies have highlighted the link between larger brains and behavioral innovation in birds and mammals, and this one provides results no different – birds breeding in city centres, or “urban adapters” as the team called them, were found to have larger brains relative to their body size. This adds even more value to the hypothesis that brain size is a key factor for animals’ survival in urban environments.

Some small-brained species, such as barn swallows, survive in cities though, very well too, but to the scientists conducting the study they cannot be considered true “urban adapters” according to Dr Maklakov.

“Some of [the small] brained species are lucky enough to find niches in urban habitats that are by coincidence a pretty good approximation of their original habitat,” he said.

“[The study] suggests that some species and even whole families of birds are less likely to adapt to novel conditions and if we want to see them in the cities we will have to create patches of their original habitat,” said Dr Maklakov.

Their findings are available in the journal Biology Letters.