by Mihai Andrei
in Genetics, Research
Reading Time: 2 mins read
A A
Share on FacebookShare on TwitterSubmit to Reddit 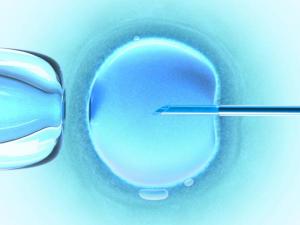 The ethical and moral aspects of using stem cells have been discussed a lot and it seems there is no good answer; genetic practically has no limit and since the discovery of DNA things have evolved very quickly. But the thing is that the moral aspects concerning it could be left unsolved and yet everybody could be happy. How?

Well what if we could use stem cells without causing vital damage to the embryos? That would pretty much solve things; and we are not so far away from that. Advanced Cell Technology, Inc. together with colleagues announced the development of five human embryonic stem cell (hESC) lines without the destruction of embryos.

In fact, the NIH report to the President refers to this technology as one of the viable alternatives to the destruction of embryos. The method was published January 11 in the journal Cell Stem Cells, published by Cell Press. What they did is that they removed single cells from the embryo using a technique similar to preimplantation genetic diagnosis (PGD). The biopsied embryos continued to develop normally and were then frozen. After that the cells which were removed were cultured utilizing a special method which recreates the optimal developmental environment and it has a substantially improved efficiency of deriving stem cells to rates comparable to using the traditional approach of deriving stem cells from the inner cell mass of a whole blastocyst stage embryo.

“This is a working technology that exists here and now,” said Robert Lanza, M.D., Chief Scientific Officer at Advanced Cell Technology and senior author of the paper. “It could be used to increase the number of stem cell lines available to federal researchers immediately. We could send these cells out to researchers tomorrow. If the White House approves this new methodology, researchers could effectively double or triple the number of stem cell lines available within a few months. Too many needless deaths continue to occur while this research is being held up. I hope the President will act now and approve these stem cell lines quickly.”

The results sound promising but it is hard to say how things are going to turn out. We will wait and see.