Genes that Define How Tall You Grow Identified

It’s common knowledge that babies born out of tall parents will most likely grow to be just as tall, but it’s only recently that scientists report finding most of the genes responsible for height. Information like this could prove to be useful in diagnosing genetic growth deficiencies or, in the not so distant future, genetic manipulation to enhance growth in height. 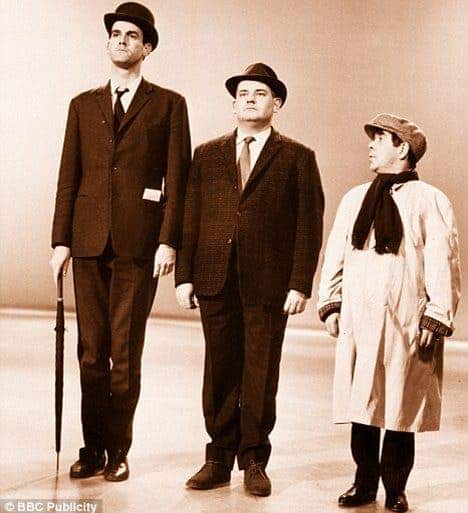 Researchers at the GIANT (Genetic Investigation of Anthropometric Traits) project studied the DNA of about 250,000 Europeans and more than 2 million genetic factors. Mining the data helped reveal that height is determined by the different variations in DNA sequences. From this, they identified 697 genetic variants located in 424 genetic regions that were linked to height. A while ago, ZME Science reported how men’s average height has risen by 11 centimeters since the industrial revolution. This astonishing growth was made possible through better nutrition, yet diet only accounts for a fifth of the growth spurt, the researchers report.

Surprisingly, the team also found some genes that they never would have thought would be involved in height. One of which is a gene that has always been known to be related to cell growth, but not skeletal functions.

“It’s a mix ranging from completely known things, to those that make sense to things that are completely surprising and things we don’t even know what to think about them,” said Dr. Joel Hirschhorn, the leader of the GIANT consortium at Boston Children’s Hospital, Broad Institute of MIT.

Now it is possible to make reliable genetic tests that screen for diseases that have to do with height, including osteoporosis, at a very early age. In the meantime, treatments may dampen the disease’s advance.

“It’s also a step forward towards a test that may reassure parents worried that their child is not growing as well as they’d hoped – most of these children have probably simply inherited a big batch of ‘short genes,” Hirschhorn said.

This isn’t a full, comprehensive list, though. By enhancing their database, more genes that influence height will be discovered. Even so, the GIANT team made an impressive leap forward in this field of research.

“In 2007 we published the first paper that identified the first common height gene, and we have now identified nearly 700 genetic variants that are involved in determining height,” says co-senior investigator Timothy Frayling, PhD, of the University of Exeter in the UK. “We believe that large genetic studies could yield similarly rich lists in a variety of other traits.”

Findings were reported in Nature Genetics.