by Mihai Andrei
in Genetics, Home science
A A 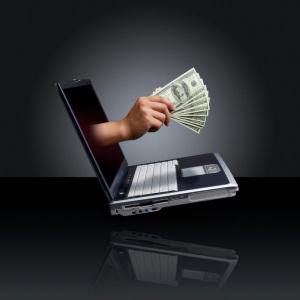 We have just began to understand our genome yet there are still numerous things we fail to understand; there is a very big number of genes of which we know very little about. Just how much of what we do and think is influenced by our genes remains a mystery, but genetics research is going a long way to enabling us understand these things. A team of researchers, including Dr. Ariel Knafo of the Psychology Department at the Hebrew University of Jerusalem, believes that generosity is such a case where the genes take over.

Through an online task involving making a choice whether or not to give away money, the researchers found that those who chose to give away some or all of their money had genetic differences from the other people. For this they used 203 people who were faced with a choice. They had to chose between keeping the $12 they were given or giving it away to an anonymous other player. They gave DNA samples which were analyzed and it was found that those who have a certain variants of a gene called AVPR1a gave on average nearly 50 percent more money than those not displaying that variant. That could just be the generosity gene.

“The experiment provided the first evidence, to my knowledge, for a relationship between DNA variability and real human altruism,” said Knafo, who conducted the research along with other researchers, including Prof. R. P. Ebstein, Prof. Gary Bornstein, and Salomon Israel of the Psychology Department at the Hebrew University of Jerusalem.

This could be something very important and helpful but it raises a sum of intriguing questions. Say we could find a way to exploit the gene and you could make your kids more generous and we would live in a world full of generous people. It is undoubtely going to be a better place. But this would be a lack of ethics. It is hard to say that we have the right to do this; should you have an opinion do share it. It would be generous.