The Two Brothers turned out to be, in fact, brothers. But it wasn't an easy feat.

A genetic analysis has revealed that two mummies named “The Two Brothers” are, in fact, brothers. The two mummies were buried some 3,800 years ago and stirred quite a debate.

In 1907, Sir Flinders Petrie, a well-known Egyptologist, uncovered a rather unusual burial chamber. The burial chamber hosted not one, but two individuals. In a small chamber placed within the courtyard of a bigger tomb, Petrie found four coffins: two for the human bodies, and another two inner anthropoid coffins for each. He also uncovered a canopic box with four canopic vessels as well as three statuettes of the tomb owners, some wooden models of servants, models of boats and some pottery vessels.

The entire complex was moved to Manchester in 1908, where it has resided ever since at the Manchester Museum. But anthropologists had a puzzling question they couldn’t answer: were the two actually brothers?

Hieroglyphic inscriptions on the coffins indicated that the two people were Khnum-nakht and Nakht-ankh, the sons of a local governor. Not long after they were brought in, both men were unwrapped by the UK’s first professional female Egyptologist, Dr. Margaret Murray. Murray concluded that the skeletal morphologies of the two were quite different — different enough to say that they’re not related. She concluded that one of them must have been adopted.

So for the longest time, the Two Brothers were actually thought to be not brothers — not biological brothers, in any case. With no way to solve this problem, the issue was simply dropped until the advent of DNA sampling. In 2015, ‘ancient DNA’ was extracted from their teeth to solve the mystery and now, the results are finally in.

Analysis revealed that both of them belonged to mitochondrial haplotype M1a1, which indicates that they had the same mother. However, the Y chromosome sequences (which were less complete) indicated significant differences between the two, which likely means that they had different fathers. The results were confirmed by several independent laboratories and researchers by only analyzing teeth firmly embedded in their sockets to ensure that they belonged to the correct individual.

The presence of identical mtDNA indicates that Nakht-Ankh and Khnum-Nakht had a maternal relationship, consistent of a shared mother or perhaps a more distant kinship relationship such as cousins or uncle-nephew. So there was some truth to their different physiologies, but the two were still related — probably half-brothers. Dr. Konstantina Drosou, of the School of Earth and Environmental Sciences at the University of Manchester who conducted the DNA sequencing, said:

“It was a long and exhausting journey to the results but we are finally here. I am very grateful we were able to add a small but very important piece to the big history puzzle and I am sure the brothers would be very proud of us. These moments are what make us believe in ancient DNA. ” 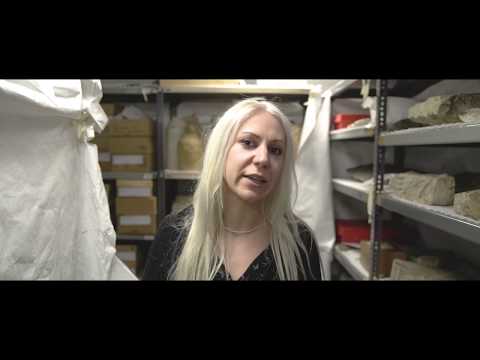 The study, which is being published in the Journal of Archaeological Science, is one of the first to successfully use the typing of both mitochondrial and Y chromosomal DNA in Egyptian mummies. Unfortunately, placing the finding into a broader context is impossible, as this is the only example of two men buried together in an intact Pharaonic tomb. It might be an indication of polyandry (polygamy in which a woman has more than one husband) happening in Ancient Egypt, but at this point, it’s simply impossible to tell.