First ever computer model of a living organism performed

by Tibi Puiu
in Genetics, Research, Technology
Reading Time: 3 mins read
A A
Share on FacebookShare on TwitterSubmit to Reddit 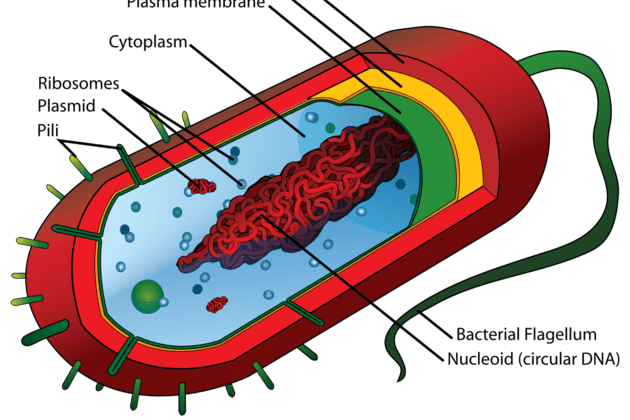 In what can only be described as a milestone in biological and genetic engineering, scientists at Stanford University have, for the first time ever, simulated a complete bacterium. With the organism completely in virtual form, the scientists can perform any kind of modification on its genome and observe extremely quickly what kind of changes would occur in the organism. This means that in the future, current lab research that takes extremely long to perform or is hazardous in nature (dealing with lethal strains of viruses for instance), could be moved almost exclusively to a computer.

The researchers chose a pathogen called Mycoplasma genitalium as their target for modeling, out of practical reasons. For one, the bacterium is implicated in a number of urethral and vaginal infections, like its name might imply as well, however this is of little importance. The bacterium distinguishes itself by having the smallest genome of any free-living organism, with just 525 genes. In comparison, the ever popular lab pathogen,  E. coli has 4288 genes.

Don’t be fooled, however. Even though this bacterium has the smallest amount of genetic data that we know of, it still required a tremendous amount of research work from behalf of the team. For one, data from more than 900 scientific papers and 1,900 experiments concerning the pathogen’s behavior, genetics, molecular interactions and so on, were incorporated in the software simulation. Then, the 525 genes were described by 28 algorithms, each governing the behaviour of a software module modelling a different biological process.

“These modules then communicated with each other after every time step, making for a unified whole that closely matched M. genitalium‘s real-world behaviour,” claims the Stanford team in a statement.

Thus, even for an organism of its size, it takes that much information to account for every interaction it will undergo in its lifespan. The simulation work was made using  a 128-node computing cluster, and, even so, a single cell division takes about 10 hours to simulate,  and generates half a gigabyte of data. By adding more computing power, the computing process can be shortened, however its pretty clear that for more complex organisms, much more resources might be required.

“You don’t really understand how something works until you can reproduce it yourself,” says graduate student  and team member Jayodita Sanghvi.

Emulating for the first time a living organisms is fantastic by itself, and is sure to set the ground for the development of Bio-CAD (computer-aided-design). CAD is primarily used in engineering, be it aeronautic, civil, mechanical, electrical and so on, and along the years has become indispensable, not only in the design process, but more importantly in the innovation process. For instance, by replacing the insulating material for a boiler in CAD, the software will imediately tell the engineer how this will affect its performance, all without having to actually build and test it. Similarly, scientists hope to achieve a similar amount of control from bio-CAD as well. The problem is that biological organisms need to be fully described into the software for bio-CAD to become lucrative and accurate.

“If you use a model to guide your experiments, you’re going to discover things faster. We’ve shown that time and time again,” said team leader and Stanford professor Markus Covert.

We’d love to see this research expanded forward, which most likely will happen, but we’re still a long way from modeling a human – about 20,000 genes short.

The findings were presented in the journal Cell.