by Mihai Andrei
in Biology, Genetics, Research
Reading Time: 3 mins read
A A
Share on FacebookShare on TwitterSubmit to Reddit 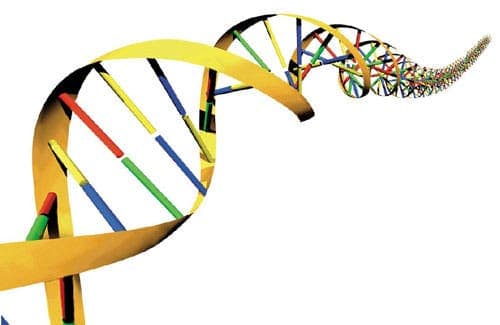 It’s quite obvious that genetics is the most important step in our evolution that we have to take and although the molecular structure of DNA has been discovered more than half a century ago, its three dimensional structure remained a mystery. However, recently a team led by researchers from Harvard University, the Broad Institute of Harvard and MIT and the University of Massachusetts Medical School managed to solve this puzzle, paving the way for new insights into genomic functions and greatly expanding our understanding limits.

In order to accomplish this task, they employed a novel technology they call Hi-C and found out how DNA folds; the goal was to find out how our cells can somehow store three billion base pairs of DNA without having any of its functions blocked or impaired.

“We’ve long known that on a small scale, DNA is a double helix,” says co-first author Erez Lieberman-Aiden, a graduate student in the Harvard-MIT Division of Health Science and Technology and a researcher at Harvard’s School of Engineering and Applied Sciences and in the laboratory of Eric Lander at the Broad Institute. “But if the double helix didn’t fold further, the genome in each cell would be two meters long. Scientists have not really understood how the double helix folds to fit into the nucleus of a human cell, which is only about a hundredth of a millimeter in diameter. This new approach enabled us to probe exactly that question.”

It has to be said, this Hi-C technology is almost as amazing as the discovery itself, at least from where I’m standing. To be able to go to such a level that allows assessment of the three dimensional interactions between DNA is just amazing. Regarding the importance of ‘decoding’ the structure, it basically means scientists will be able to find out how to turn most genes on and off:

“Cells cleverly separate the most active genes into their own special neighborhood, to make it easier for proteins and other regulators to reach them,” says Job Dekker, associate professor of biochemistry and molecular pharmacology at UMass Medical School and a senior author of the Science paper.

At an even finer scale, scientists had to reach out for mathematics, because DNA takes a shape of what is called in mathematics a ‘fractal‘. The specific architecture they found was named a ‘fractal globule’ that allows the cell to pack DNA unbelievable tightly. Just so you can make an idea, the density of information stored there is trillions and trillions of times bigger than that of the world’s best computer chip. 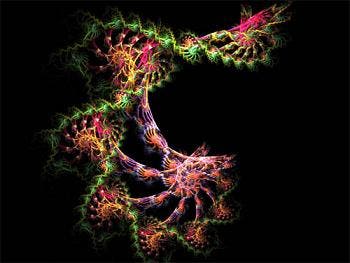 “Nature’s devised a stunningly elegant solution to storing information — a super-dense, knot-free structure,” says senior author Eric Lander, director of the Broad Institute, who is also professor of biology at MIT, and professor of systems biology at Harvard Medical School.

The idea of such a structure has in fac been suggested a while back, but it was as good as any guess at the moment, with no proof to back it up. However, thanks to this new kind of technology, the amazing truth was observed and scientists were able to solve the puzzle.

“By breaking the genome into millions of pieces, we created a spatial map showing how close different parts are to one another,” says co-first author Nynke van Berkum, a postdoctoral researcher at UMass Medical School in Dekker’s laboratory. “We made a fantastic three-dimensional jigsaw puzzle and then, with a computer, solved the puzzle.”