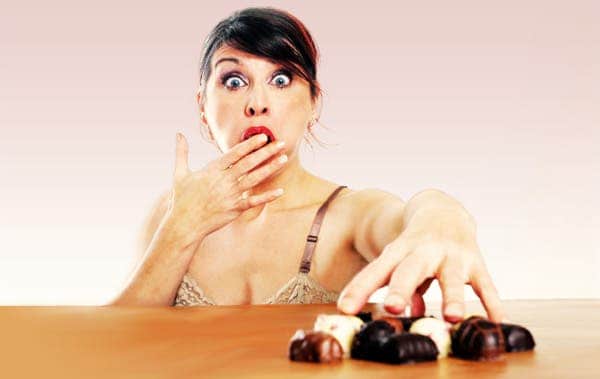 I always find myself amused whenever I hear the term “food addiction” get mentioned, simply because, hey, who isn’t addicted to food? Besides me being a smart ass and humans having to eat to live (even zombies have to eat some brain – it’s still food right?), seriously there are a lot of people out there who have an acute eating disorder.

Eating too much, uncontrollably, long past the point of hunger saturation can be caused by a lot of things, most of the time by emotional issues (low self-esteem, self-loathing etc.), but my interest isn’t to write about what causes food addiction, instead I’d like to tell you a bit about how food addiction is very much compared to drug addiction by scientists, in terms of how the cravings and urges affect the brain.

This was concluded after researchers have analyzed the functional magnetic resonance imaging (fMRI) brain scans of women who constantly ate uncontrollably, which revealed they anticipated food much in the same way a drug addict anticipates a fix. This was observed after researchers showed women pictures of a chocolate milk shake made with Häagen-Dazs ice cream, which rendered increased activity in the same regions of the brain that fire when people who are dependent on drugs or alcohol experience cravings. Contrary, women who weren’t addicted to food were presented with the same milk shake picture and showed much lower activity in the same regions.

Five seconds after which the women were presented with the photo, they were also given the Häagen-Dazs ice cream milk-shake to taste. And here comes the interesting part, once the women actually tasted the milk shakes, however, those who scored high on a food-addiction scale showed dramatically less activity in the “reward circuitry” of their brains than the other women – a phenomenon commonly seen in substance dependence, that could lead to chronic overeating and other problematic eating behaviors, researchers say.

“It’s a one-two punch,” says the lead author of the study, Ashley Gearhardt, a Ph.D. candidate in psychology at Yale University. “First, you have a strong anticipation, but when you get what you are after, there’s less of an oomph than you expected, so you consume more in order to reach those expectations.”

The research was conducted on 48 young women of various weight and size, with or without food disorder signs and was published in the Archives of General Psychiatry.

In what often proves to be a tough combo, in addition to exhibiting patterns of craving and tolerance similar to those seen in drug addiction, the brains of women who showed food addiction behavior also had less activity in areas responsible for self-control, which suggests that their brain chemistry may prime them to overindulge, Gearhardt says.

“It’s a combination of intense wanting coupled with disinhibition,” she says. “The ability to use willpower goes offline.”

Although a Häagen-Dazs ice cream milk-shake would probably make anyone drool, food addicted or not, this research shows that food addiction is a very serious matter, and does who suffer from it should be support and seek help.