New test for Down syndrome developed 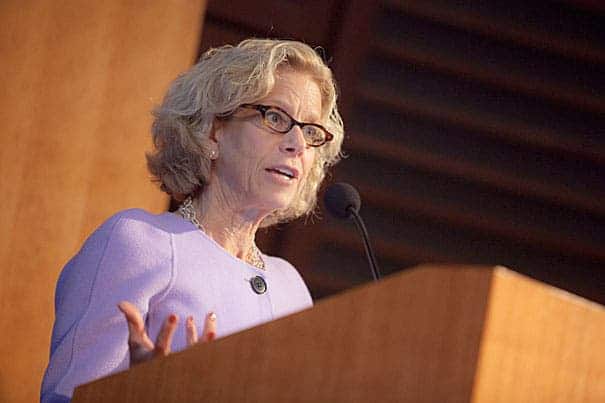 A new, non-invasive test for Down Syndrome would allow women with high-risk pregnancies to avoid amniocentesis and in the future may provide detection early enough for treatment to improve some babies’ cognitive function, a Tufts University neonatal genetics expert told a symposium at Harvard Medical School on Tuesday.

Nowadays, physicians recommend all pregnant women to undergo a test for Down Syndrome; the classic option involves an initial screening, and in the case of a positive result, an amniocentesis is required – it involves a long needle is inserted into the mother’s uterus to extract cells in the fluid around the fetus – it’s nowhere near as dangerous as it sounds, but it’s still  very unpleasant and it does carry a small risk of miscarriage. Since the initial screening misses 8 percent and causes a false positive in 5 per cent of all cases, amniocentesis is a very important practice.

However, with the new proposed technique, only a very small fraction of all cases are missed, meaning that fewer women would require amniocentesis. The new test, according to Diana Bianchi, executive director of Tufts Medical Center’s Mother Infant Research Institute could provide a significant improvement in Down Syndrome early detection – and it is also noninvasive.

It’s still not certain when this new test could be available for the general population, but if the results are as good as claimed, there’s a good chance we’ll be seeing it in the near future.