Cigarettes get slapped with bigger and harsher warnings

Practically, in just a generation or so, things have switched from ‘cigarettes may cause illnesses in some persons’ to ‘you will get cancer and die, or be impotent, or both’ – and this is a really good thing, at least if you ask me. Thing is, in June, Food and Drug Administration (FDA) plans to implement even tougher warnings, on an even larger part of the pack. According to a few studies conducted this month, this will have a significant impact on at least some of the 20 percent still smoking in the US.

To say that smoking is bad is like saying that going out in the rain will get you wet; everybody knows this, but even so, some choose to do it. How do they deal with the problem of knowing this ? Well, smokers typically fall into three categories: the ‘so what if it kills me’; the ones who know it’s bad, but just don’t want to know how bad it is, and the ones who are trying to quit, but for one reason or another, they don’t do it. The FDA is targeting the latter two groups, trying to make the 2nd group more aware of what they are doing to themselves, and give the last ones the extra budge they need to make the big step and quit smoking.

In June 2009, president Barack Obama, who used to be a smoker himself (and he smoked quite more than cigarettes) signed into law the Family Smoking Prevention and Tobacco Control Act, basically giving the FDA the possibility to control all tobacco sales and marketing campaigns. Now, two years after that, they are close to making the first major move, after a planification stage that took about one and a half years. Here are just a few of the proposed labeling types. 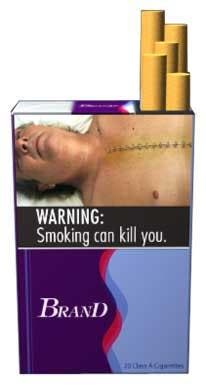 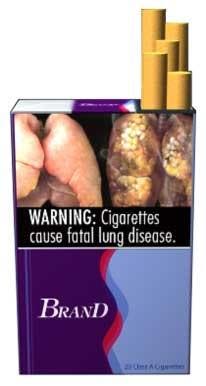 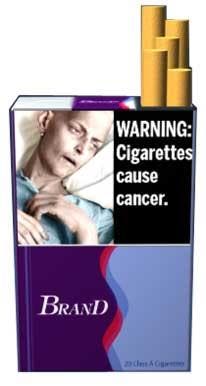 Among the developed countries, Canada has one of the lowest smoking rates (18 percent and dropping), and they have been using graphic images instead of messages for years, with very powerful messages, such as ‘smoking makes you impotent’ – best argument if you ask me. The thing is, tobacco companies are extremely good at going around the corners and finding new solutions to the problems they have to face. For example, when the FDA limited the use of terms such as “light,” “mild,” and “low” on packaging, the tobacco companies struck back with “silver”, “gold” and “white”.

The FDA tobacco act however is not without its contestants – out of which, of course, tobacco companies have to be mentioned. The 2009 act banned all the flavoured cigarettes except for menthol (which accounts for some 30% of the market and is especially popular among African Americans and young people.

Of course, you might just feel sorry about the tobacco industry – but then you have to remember that they lied for 50 years, indirectly killed tens of millions of people, and gave your dad that nasty cough.