Stanford University researchers have developed a new low-cost tech that diagnoses diseases from a simple urine sample. The setup is made of a plastic-based lab-on-chip that does the actual chemical analysis and a frame where a dipstick and mobile phone can be placed. The latter is where the user gets his test results back, all from the comfort of his home.

Not your regular ‘toaster’

The urinary dipstick has been one of doctors’ most trusted assets for at least 60 years, used to determine pathological changes in a patient’s urine.This simple, yet powerful test consists of a paper strip with 10 square pads which change colour based on chemical markers. Based on how the paper pads change colour, you can measure levels of glucose, blood, protein and other chemicals, then deduce what kind of disease, if any, the patient is suffering from. These can be faulty, though, and most of the time serve only as a preliminary test before a barrage of “more serious” lab examinations.

“You think it’s easy – you just dip the stick in urine and look for the color change, but there are things that can go wrong,” said Audrey (Ellerbee) Bowden, assistant professor of electrical engineering at Stanford. “Doctors don’t end up trusting those results as accurate.”

The goal of the Stanford researchers was to democratize the dipstick and create a tech that can analyze urine samples from anywhere — all accurately enough to be trusted by doctors who remotely receive the patient’s report.

Because the dipstick needs consistent lighting conditions, the researchers first started with a black box made out of interlocking parts. This makes it easy to assemble and transport.

Next, a volume-control system was made to load the urine into the dipstick without having to worry if there’s too little or too much of it. A dropper is used to squeeze urine into the first compartment, which fills the channel in the second layer and the ten square holes in the third layer.

Finally, a smartphone is placed over an opening above the dipstick. The phone’s camera controlled via a custom software then focuses on each coloured pad. In the future, the team hopes to develop a custom app that not only analyzes each pad but automatically sends a report to the patient’s doctor.

Now, this sort of cheap device won’t replace lab tests, but it should drastically cut down man-hours and lab procedures. It might also uncover a disease earlier since people are more comfortable making the test at home instead of going to a hospital.

“[…] it is going to make diagnoses of current diseases more accurate in the hands of users,” said co-researcher Gennifer Smith, a Ph.D. student in the department of electrical engineering.

“There are definitely other aspects of urinalysis that we are investigating. There are extensions of the technology that can move more towards making this a full replacement of lab tests. We are thinking about that,” she added.

“It’s such a hassle to go into the doctor’s office for such a simple test,” said Smith. “This device can remove the burden in developed countries and in facilities where they don’t have the resources to do these tests.” 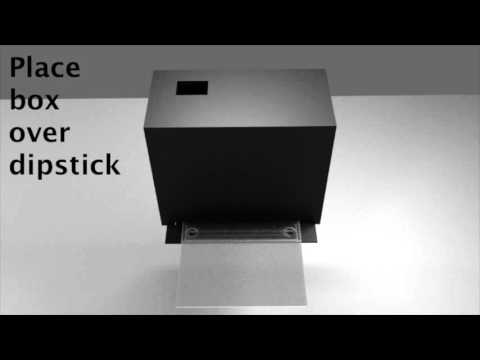