Researchers believe they have found the ‘Achilles heel’ of most cancers

A simple, non-expensive drug can shrink or cure many types of human cancer, including breast, ovary, colon, bladder, brain, liver, and prostate tumors. It worked on human tumors that were transplanted in mice, and the team was given a green light to move on to human trials.

Taking advantage of the tumor’s weakness

Basically, the treatment is an antibody which blocks a “do not eat” signal normally displayed on tumor cells, forcing the immune system to destroy the cancer cells. 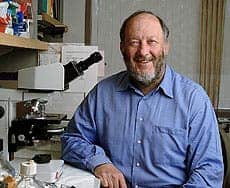 About a decade ago, biologist Irving Weissman of the Stanford University School of Medicine in Palo Alto, California, discovered that leukemia cells produce higher levels of a protein called CD47 than healthy cells. CD47, as more researchers discovered, are very important, acting as a marker which blocks the immune system from destroying them as they circulate. Your immune system ‘sees’ that your cells have these tags and doesn’t attack them. Cancer cells take advantage of this flick and trick the body into ignoring them by producing CD47; however, they are not perfectly accurate, and they produce more CD47 than regular cells. Your body can not typically detect this, but it can be trained to do so.

Weissman’s lab already showed that the cancerous production of CD47 can be blocked by an antibody, but it was believed that this only affect blood cancers. This latest research shows the full extent the treatment has, and how deep the impact can be.

“What we’ve shown is that CD47 isn’t just important on leukemias and lymphomas,” says Weissman. “It’s on every single human primary tumor that we tested.”

First of all, researchers wanted to see if blocking the CD47 was beneficial at all, so they exposed the tumor cells to macrophages, a type of immune cell. Without the drug, macrophages just ignored the cancer cells, but when the drug was involved, they systematically destroyed all the cancer cells, regardless of type and how many there were.

Next, the team transplanted the human tumors into mice feet, where they can be easily monitored. The first thing they noticed was that when they tested the rodents with the anti-CD47, the tumors shrank and did not spread to the rest of the body. In mice given human bladder tumors for example the spread rate was 10 out of 10 without the treatment, but after the treatment, only one in ten mice had any cancer in their lymph nodes. In colon cancers, the tumors shrank to 30 percent of their original size, on average, and in half the mice given breast cancer, the animals remained cancer-free even after the treatment had stopped.

“We showed that even after the tumor has taken hold, the antibody can either cure the tumor or slow its growth and prevent metastasis,” says Weissman.

Although, of course, more research is needed to see if the results will still hold in humans, scientists have already managed to solve one of the most pressing issues: although macrophages also attack normal blood cells, the percentage of healthy cells they attack is so small your body is more than able to produce new, healthy cells fast enough.

However, the main problem is, as always, that things are different in the human body than in the lab.

Another important dilemma is how this treatment could complement other types of treatment.

It could help chemo, it could work against it, it could be a better replacement, or it could be the real cure for cancer, so far it’s hard to say. But this study, unlike most approaches in the fight against cancer, which are years or decades away from human trials, is already going in human trials, and comes from one of the absolute best laboratories in the world. This is the real deal.