There's still a lot of debate.

The sooner they get their own room, the more they’ll sleep at night. The findings contradict the latest guidance from the pediatrics group, which recommends that parents and babies share a room, and there’s some disagreement regarding the optimum time for giving babies their own room. 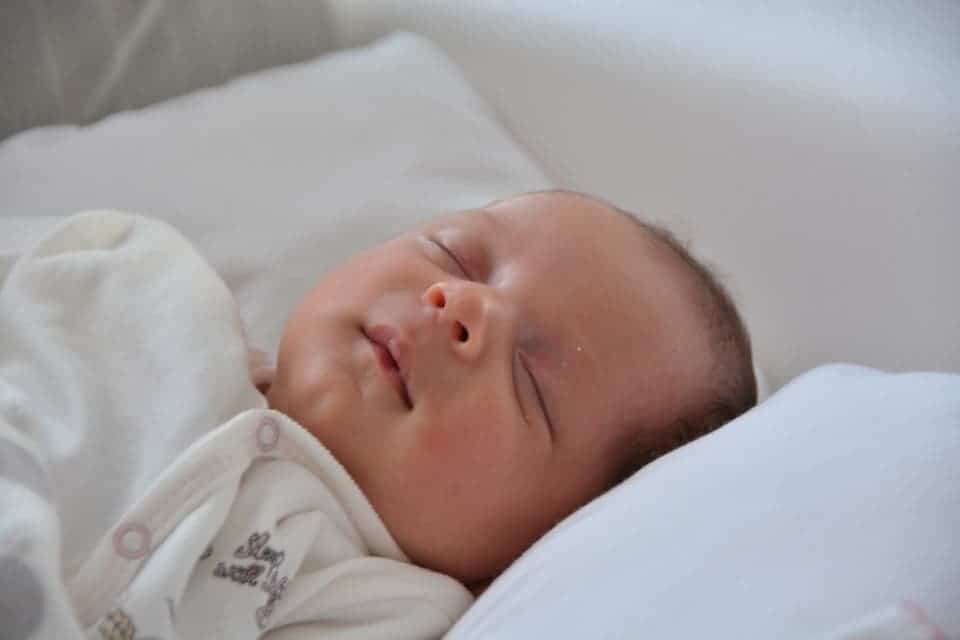 If there’s anything baby parents dream of, it’s sleeping at night. Having a baby who sleeps at night can be a godsend while the opposite is extremely stressful and tiring. In fact, previous research has confirmed what every parent already knew: sleepless babies equate to sleepless nights and a lot of stress. But according to a new study, you can influence that, by giving babies their own room (past 9 months).

They found that at 9 months, babies with their own rooms slept 40 minutes longer at night and over 20 minutes longer overall, compared to those who were sharing a room with their parents. Intriguingly, these differences disappeared at 12 months but reappeared later. At 30 months, toddlers who had their own room since 9 months were sleeping 45 minutes longer on average. Similar trends were also observed much earlier, at babies 4 months old.

“The longer you leave a baby in the same room as a parent, the worse the outcomes are in terms of sleep,” said study author Dr. Ian Paul. “Among room sharers at 4 months, the longest sleep period was about 7 hours compared with 7 hours and 49 minutes among the solitary sleepers. Seven hours is still well above the normal range for sleep at this age,” Hauck said.

There were also differences in terms of how the babies slept. Babies with their own room were likelier to establish a healthy sleep routine (going to bed by 8 PM).

The study was well received by the community, with researchers saying that it adds much-needed information and that there are still gaps to be filled in pediatric recommendations.

“This is important information,” said Dr. Rachel Moon, a professor of pediatrics at the University of Virginia who co-authored the American Academy of Pediatrics’ latest recommendation. “We don’t have enough info about downstream effects about what we’ve recommended.”

The reason why pediatricians usually recommend sharing a room with babies is meant to lower the risk of sudden infant death syndrome, or SIDS. SIDS kills around 3,700 babies in the US every year, according to the CDC — affecting almost every 1 in 1,000 babies, a considerable figure. According to Moon’s previous study, room-sharing reduces SIDS incidence by up to 50%, though it’s not clear why this happens.

“People don’t know quite why the risk is lowered,” Dr. Ari Brown, an Austin, Texas-based pediatrician and author of the Baby411 book series, previously told CNN. “I might chalk it up to a parent’s sixth sense when a baby is nearby and making erratic noises or not that helps save these babies.”

Moon also cautioned that longer sleep isn’t necessarily better sleep. Actually, in the case of SIDS, longer sleep could be counterproductive. It might be that babies get less aroused and are less likely to feel when something goes wrong. She also said that this new study focused on a sample “not terribly diverse in terms of socioeconomic or racial diversity,” and might not accurately represent the entire population. Basically, families in this study were overwhelmingly white and wealthier than the average American.

At the end of the day, there’s still so much to learn about what’s good for babies, and there are both pros and cons for room sharing. So what should you do if you’re a parent?

Well, there’s one figure on which everyone agrees on: 6 months.

“Based on the data we’ve provided and from others about safety and effectiveness,” Paul said, “6 months would seem to be a good time to transition a baby out of the parents’ room.”

In terms of SIDS, which is, of course, the larger concern here, things are also much safer after 6 months.

“During that time, be mindful that bed-sharing is a greater possibility, so mothers should be aware of this and take steps to avoid it,” she said. “After 6 months, since SIDS deaths are much less common, parents can have greater discretion in choosing what works best for them. Some may decide to keep their infants in their room longer, while others may choose to move them into their own rooms.”