by Mihai Andrei
in Alternative Medicine, Diseases
Reading Time: 2 mins read
A A
Share on FacebookShare on TwitterSubmit to Reddit

There’s already a heating debate about legalizing MDMA (the active substance) in ecstasy, especially since it’s becoming clearer and clearer that the substance can be used in therapeutic purposes – particularly in treating post-traumatic stress.

Hundreds of veterans from Afghanistan and Iraq suffering from post-traumatic stress (PTS) are seeking help from a married couple who work in their suburban home in South Carolina. Many of them are actually traveling the distance to get there, desperate that this is their last hope – but they’re not going up for any conventional treatment. Their drug of choice is MDMA, used rather at raves and college parties than in therapy; and it works. 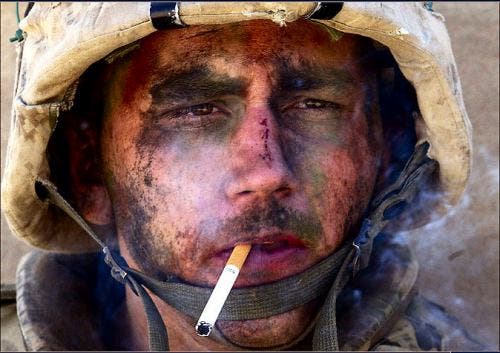 “I feel survivor’s guilt, both for coming back from Iraq alive and now for having had a chance to do this therapy,” said Anthony, a 25-year-old living near Charleston, S.C., who asked that his last name not be used because of the stigma of taking the drug. “I’m a different person because of it.”

In a paper published in the Journal of Psychopharmacology, Michael and Ann Mithoefer, the husband-and-wife team offering the treatment which combines classical psychoterapy techniques with MDMA usage wrote that 15 out or 21 people who were treated in 2000 report no symptoms today. According to patients, the key effect is that the drug gives a mental sweet spot that allows them to discuss the trauma without being terrified or overwhelmed by it.

“It changed my perspective on the entire experience of working at ground zero,” said Patrick, a 46-year-old living in San Francisco, who worked long hours in the rubble after the Sept. 11, 2001, attacks searching in vain for survivors, as desperate family members of the victims looked on, pleading for information. “At times I had this beautiful, peaceful feeling down in the pit, that I had a purpose, that I was doing what I needed to be doing. And I began in therapy to identify with that.”.

So, what do you think? Should MDMA be used as therapy for PTS?