These are the cities with the worst traffic (continent by continent)

Europe's and North America's leaders are quite surprising.

by Mihai Andrei
in Did you know?, World Problems
Reading Time: 6 mins read
A A
Share on FacebookShare on TwitterSubmit to Reddit

Traffic is a growing problem in many parts of the world, but if you’re going to these cities — pack some extra patience. 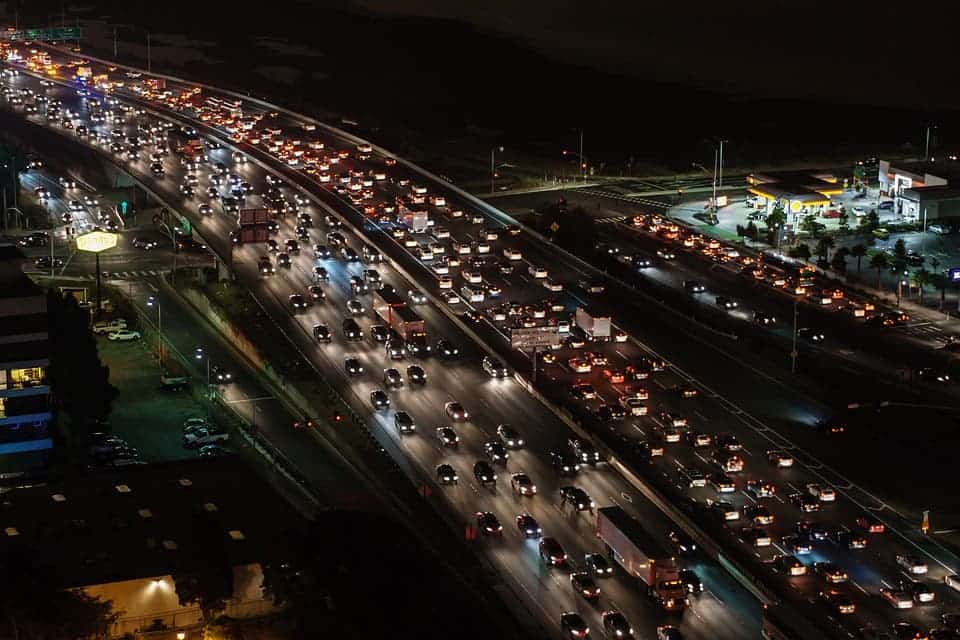 In 2004, a company TomTom launched the first personal navigation device, and the world would never be the same. Since then, they’ve sold tens of millions of such devices around the world, and as a result, have access to a trove of data about the world’s traffic. They’ve charted the world’s cities based on how bad the traffic is, based on a congestion score which shows how much extra time you need to navigate that city. A 33% score means you need 33% more time.

We’ll only consider large cities here (over 800,000 people), though TomTom also has ratings for some smaller cities. Let’s have a look at the worst cities overall, and then we can break it down continent by continent.

Worst traffic in the world

China’s bustling capital “only” comes in at number ten, despite being the world’s second most populous city proper. Thanks to its national highways, expressways, and high-speed rail network, things aren’t worse, but even these thick veins can’t keep up with the over 21 million people who call Beijing home.

The congestion of this Taiwan municipality grew by a whopping 10% since last year, in part due to tourism.

Despite remaining stable since last year, Rio’s streets are still a nightmare to drive on. Rio is surrounded by mountains, and that makes traffic management even more difficult.

Unsurprisingly, China’s sparkling metropoles often have massive traffic problems, largely due to the fact that they weren’t designed to fit so many people.

Despite a slight improvement from last year, the roads of Istanbul are still a chaotic drag to navigate. Traffic jams are a common sighting, as are drivers trying to improvise their way out of a jam and making it much worse.

Perhaps surprisingly, the Romanian capital of Bucharest is Europe’s most congested city. Improper city planning and an overall disregard of such problems have made driving in Bucharest worse and worse, after year.

The most congested city in China (though not in Asia) is Chongqing, a municipality which was created only in 1997, but now has a population of over 18 million.

Everyone who’s ever been in Jakarta will tell you its streets are a nightmare. Jakarta’s business opportunities, as well as its potential to offer a higher standard of living, attract people from all over Indonesia, but that’s taking a toll on the streets.

Asia’s most congested city is Bangkok. The city hosts 12.6 percent of the country’s population, dwarfing all other urban centers in Thailand, but also having the obvious downside of bad traffic.

According to TomTom, the world’s most congested city is by far Mexico City. From morning to evening, the city’s streets are clumped with cars that seem to be going nowhere — and often, they really are going nowhere.

Congestion is getting worse and worse in America. The average US commuter spends 42 hours stuck in traffic a year, according to a report by the Texas Transportation Institute.

Along with the mayors of Paris, Athens, and Madrid, Mexico City has vowed to ban all diesels from the city by 2025.

As the economy finally starts to improve in the Greek capital, the traffic also starts to become rougher and rougher.

Manchester has remained more or less constant in recent years. It’s bad, but at least it’s not getting much worse.

Rome’s traffic issues are well known, and caused in part by the municipality’s inability to build new roads and subways due to the archaeological ruins. The loads of tourists coming every year to Italy’s capital certainly don’t help.

Russia seems to have a serious traffic problem. As soon as a city starts to grow, so too does the congestion. St. Petersburg and Moscow, the country’s biggest cities, are two of Europe’s three most congested cities.

Six Chinese cities are present in the top 10, though the world’s most populous country takes neither of the top two. It’s interesting that Asian cities tend to clump in a congestion rate of their own — all of the ten most congested Asian cities fit in the world’s top 15.

It’s noteworthy that Istanbul is the only city in all these top 10 which reports a slight improvement, though it’s not clear why this is happening.

South America, Africa, and Oceania don’t have data for a relevant top 10, but you can check the existing data here.

When it comes to smaller cities (<800,000) people, Europe definitely takes the crown. You have to look until the 19th place to find a congested city that isn’t European. While small cities are definitely not as crowded as bigger ones, they too experience growing congestion, which can become a major problem in future years — and already is one in some places, especially in the UK.