by Mihai Andrei
in Design, Renewable Energy
Reading Time: 2 mins read
A A
Share on FacebookShare on TwitterSubmit to Reddit

Among the more common arguments against wind turbines you usually have noise and ugliness. Personally, I really don’t find wind turbines ugly and studies have found that generally wind turbines are very quiet but hey – this is the general perception. For these reasons, French engineers have spent three years developing beautiful and quiet urban versions of wind turbines – the results can be seen below. 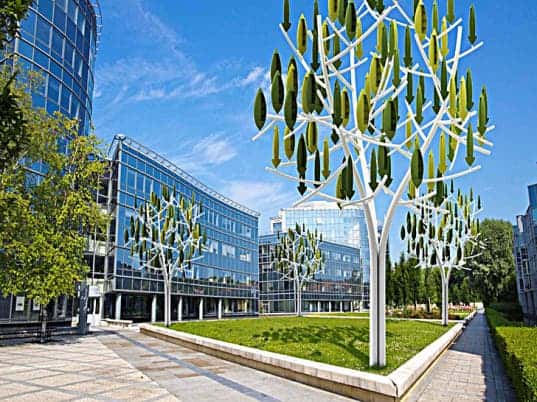 The Wind Tree is the brainchild of Jérôme Michaud-Larivière, founder of the New Wind company.

“The idea came to me in a square where I saw the leaves tremble when there was not a breath of air.”, he said. He went on to hypothesize that the energy “had to come from somewhere and be translatable into watts.” 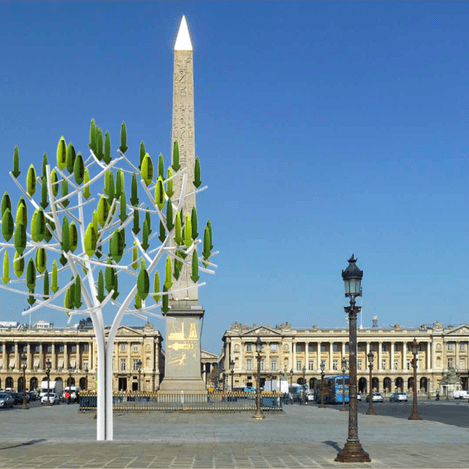 The company will install a Wind Tree prototype at the Place de la Concorde in Paris in March 2015 in a proof of concept which will also raise awareness about generating renewable energy, especially in an urban setting. 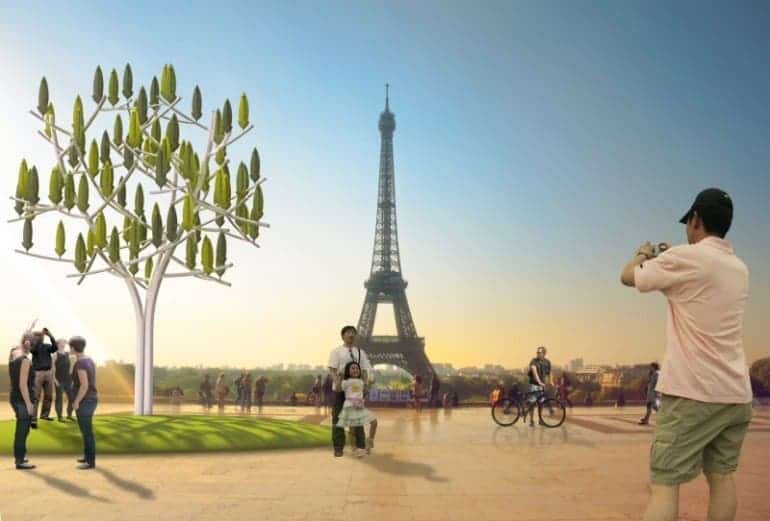 As for the technical capabilities of the Wind Trees, with 72 artificial leaves serving as micro-turbines spinning on a vertical axis, the device will capture energy from winds with speeds as low as 2 meters / second. This means that they’ll be active more than 280 days of the year, with a predicted power output of 3.1 kW. The units will cost around £23,000 and can be linked together. The idea is that since they look so artistic, they could be used as street art, while also generating energy. The steel tree stands 11 m (36 ft) tall and measures 8 m (26 ft) in diameter and the operation is completely silent. New Wind also believe that the trees could be hooked up to buildings via the main switchboard or connected to the grid with an inverter. 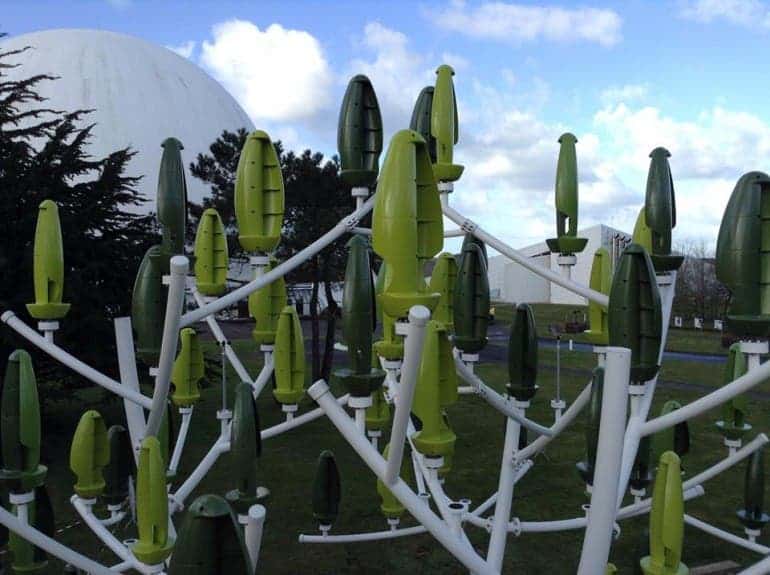 Will this trees make it big, or will it be yet another nice but ineffective design? I guess we’ll start finding our in March.

All images via arbre a vent