by Mihai Andrei
in Renewable Energy 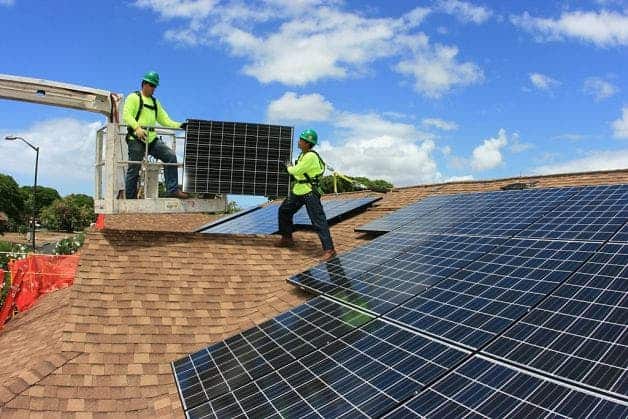 The energy industry simply isn’t keeping up with what Elon Musk wants to do. Musk, chairman of the solar installer SolarCity and founder of electric car company Tesla Motors announced that SolarCity will acquire a solar panel manufacturer and start building factories “an order of magnitude bigger” than those existing today. This comes just a few days after Tesla Motors released all their patents – for free.

“If we don’t do this we felt there was a risk of not being able to have the solar panels we need to expand the business in the long term,” Musk said Tuesday in a conference call.

For the future of both companies, the vision is fairly straightforward: make sure that the future has plenty of solar energy, and plenty of electric cars. But here’s where it gets interesting: Musk’s plans could bypass traditional energy companies completely: you have some solar panels to power your home and your car also uses renewable energy. It’s may not happen today or tomorrow, but it seems bound to happen fairly soon.

Going into such a competitive niche, especially with so many businesses going bankrupt recently seems like quite a risk, but Musk seems confident in his company’s ability to sell by making the panels more efficient, and better looking.

“We want to have a cool-looking aesthetically pleasing solar system on your roof,” he said.

SolarCity is currently discussing with the state of New York to build what would be among the biggest factories in the world in the next two years. It would manufacture enough panels each year to produce 1 gigawatt of peak power — roughly enough panels to outfit 200,000 homes with a typical-sized rooftop system.

Personally, I think this is a huge gamble. I think there’s a brilliant vision behind this plan, and if it works, it would empower many people to make their own energy, save money, and have a better quality of life. But is it the right time for this? It’s hard to say, but one thing’s for sure: the solar energy industry just got even more interesting.