The island used to import 100,000 gallons of diesel each year from overseas. Now renewable energy meets all its needs!

Yesterday morning, Tesla Motors’ shareholders approved the company’s merger with SolarCity, one of the biggest residential solar energy contractors in the United States, with over 300,000 customers. If you remember Elon Musk’s amazing press conference in October, the merger positions Tesla as a fully sustainable energy trident made of transportation (Tesla EVs), energy generation (SolarCity), and energy storage (Tesla’s Powerwall).

In anticipation of the merger, Tesla and SolarCity were already working together on several projects. One of the most exciting is the complete energy transformation of Ta‘ū, one of the five islands in American Samoa — a remote island chain and territory of the United States located in the South Pacific Ocean, some 4,000 miles away from the West Coast.

For as long as they can remember, all of the island’s 600 inhabitants have relied on diesel generators to power their homes, small shops, harbor or the indispensable water pumps. Every year, 100,000 gallons of fuel had to be imported. A significant portion of this fuel was reserved for the transportation of the energy itself, and there were countless times when the supply boats didn’t arrive on time, forcing power outages throughout the island.

“I recall a time they weren’t able to get the boat out here for two months. We rely on that boat for everything, including importing diesel for the generators for all of our electricity. Once diesel gets low, we try to save it by using it only for mornings and afternoons. Water systems here also use pumps, everyone in the village uses and depends on that. It’s hard to live not knowing what’s going to happen. I remember growing up using candlelight. And now, in 2016, we were still experiencing the same problems,” said Keith Ahsoon, a local resident, quoted by SolarCity.

Now, Ta‘ū is completely self-sustained thanks to the combined efforts and tech of Tesla and SolarCity. A 1.4-megawatt solar array is more than enough to meet the islanders’ energy requirements and 60 Tesla Powerpacks amounting to 6-megawatt hour store enough energy to power the island for up to three days if the solar panels are cut off.

“Ta’u is not a postcard from the future, it’s a snapshot of what is possible right now. Renewable power is an economical, practical solution for a growing number of locations and energy needs, and islands that have traditionally relied on fossil fuels can easily transition to microgrids powered by solar and storage today,” a SolarCity statement reads.

“It’s always sunny out here, and harvesting that energy from the sun will make me sleep a lot more comfortably at night, just knowing I’ll be able to serve my customers,” said Ahsoon.

“This is part of making history. This project will help lessen the carbon footprint of the world. Living on an island, you experience global warming firsthand. Beach erosions and other noticeable changes are a part of life here. It’s a serious problem, and this project will hopefully set a good example for everyone else to follow,” the Samoan resident added.

The project was funded by the American Samoa Economic Development Authority, the Environmental Protection Agency, and the Department of Interior. 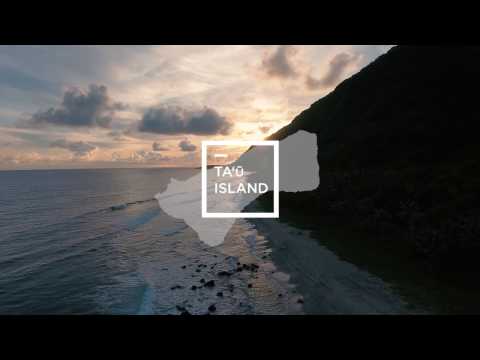 Updated November 25, 2016 for clarity. The initial draft mistook the island of Ta’u for the whole island chain of American Samoa. Ta’u is one of five islands belonging to American Samoa.