by Mihai Andrei
in Environment
ADVERTISEMENT

It’s Chevron’s third oil spill in three years in Utah alone; a June 2010 spill involved more than 30,000 gallons of crude oil near Red Butte Gardens in Salt Lake City, while a December 2010 leak near the same site involved about 21,000 gallons. This time, the spill was originally thought to be 27,000 gallons, but new estimates put the number way beyond that. 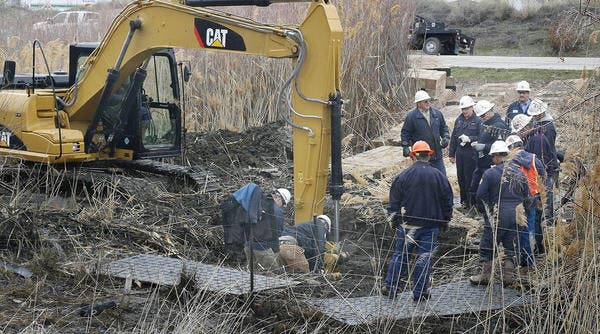 A split in a pipeline that runs from Salt Lake City to Spokane, Wash.,
is the main culprit according to the U.S. Transportation Department’s Pipeline and Hazardous Materials Safety Administration. I don’t really want to go into all this official political stuff – that’s really not up my alley -, but it just strikes you. I mean, an oil pipe passing right next to the Bear River Migratory Bird Refuge and Willard Bay State Park – how are they even allowed to do this? It’s easy to understand when you consider the net income that Chevron had in the fourth quarter of 2012 alone – which is $7.2 billion. Now, as a geophysicist, I fully understand how reliant our society is on oil at the moment, and how much money is involved in the oil business, but the problem is, when you give someone so much money and power, they will always cut corners, they will always be corrupted, and everyone else will always have to suffer.

Of course, one could argue that some oil spills are, to an extent, unavoidable – and that’s true. However, their frequency could be dramatically reduced if regulations and good practices were followed. They’re not. Reality is, these corporations cannot be held to be environmentally responsible, and this always happens when profit is the only aim.