“Hands off!”, Oil industry warns the US government

Oil, oil, shale gas, oil, fracking, oil – this is pretty much all you hear all day, especially if you come from a geology background. But in the US, things really seem to be spiraling out of control. 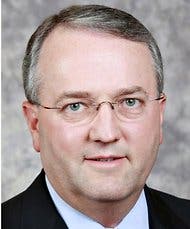 Jack Gerard, one of the most aggressive players in the game and chief executive of the American Petroleum Institute, said Tuesday that the United States was “at the crossroads of a great turning point” in the country’s energy history. However, he warned, the Obama administration has to be careful not to screw it. So what’s this all about?

Because of the new techniques in drilling (mostly hydraulic fracking), the United States could become the world’s leading energy producer, but the oil industry has to be “supported” – no tax increases, maybe even some cuts, financing, all that.

“North America could become self-sufficient in liquid fuels in roughly 12 years,” Mr. Gerard said, citing figures from the International Energy Agency. “And as a potential energy exporter, we can help bring greater stability to the geopolitics of energy, to say nothing of the positive impacts increased U.S. supply would have for U.S. businesses, workers and consumers.”

So lower taxes and most of all, don’t impose environmental regulations on hydraulic fracking and don’t limit refinery greenhouse emissions.

“The most important thing is to do no harm,” Mr. Gerard said in a question-and-answer period after his speech. “Don’t overreact and do anything that would impede or discourage what we see going forward state by state today.”

Seriously, does the US really want to go back 50 years? Do they want to do the same mistakes all over again? Disregard the environment, acquire oil and money. Not to mention the huge tax cuts they receive, adding up to over $4 billion, the huge pollution scandals associated to these exploitations… I agree with Mr. Gerard on one thing: the Obama administration better not screw this up.