by Mihai Andrei
in Environment, News, Pollution
A A

Hydraulic fracking involves injecting highly pressurized fluids into subsurface rocks, creating a system of fissures through which the hydrocarbons can escape. There are many environmental issues associated with this technique, one of them being that the entire thing is difficult to control. This was confirmed by Duke researchers.

They were investigating high levels of ammonium, selenium, lead and other toxic contaminants as well brine water very rich in salts. Both soils and water were contaminated this way, and the pollution was traced back to fracking operations.

“Until now, research in many regions of the nation has shown that contamination from fracking has been fairly sporadic and inconsistent,” said Avner Vengosh, professor of geochemistry and water quality at Duke’s Nicholas School of the Environment. “In North Dakota, however, we find it is widespread and persistent, with clear evidence of direct water contamination from fracking.” 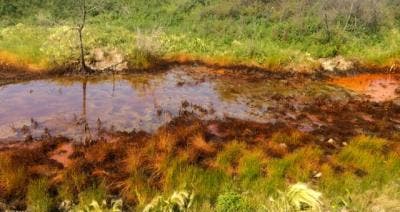 North Dakota is one of the states with the most fracking activity – and this clearly shows. There are numerous instances where pollution was linked to this activity, and the study shows it.

“The magnitude of oil drilling in North Dakota is overwhelming,” Vengosh said. “More than 9,700 wells have been drilled there in the past decade. This massive development has led to more than 3,900 brine spills, mostly coming from faulty pipes built to transport fracked wells’ flowback water from on-site holding containers to nearby injection wells where it will be disposed underground.”

The team analyzed and mapped the distribution of 3,900 spill sites to show how they were associated with the intensity of the oil drilling. They also found radioactive compounds linked to fracking mixed with the brine. This type of contamination is long-termed, raising more concerns for the future.

“Unlike spilled oil, which starts to break down in soil, these spilled brines consist of inorganic chemicals, metals and salts that are resistant to biodegradation,” said Nancy Lauer, a Ph.D. student of Vengosh’s who was lead author of the study. “They don’t go away; they stay. This has created a legacy of radioactivity at spill sites.”

To make matters even worse, they believe that even more spills are happening, but they are not being monitored. They especially raise concerns about spills on tribal lands.

“Many smaller spills have also occurred on tribal lands, and as far as we know, no one is monitoring them,” Vengosh added. “People who live on the reservations are being left to wonder how it might affect their land, water, health and way of life.”