by Mihai Andrei
in Environment, Technology
Reading Time: 4 mins read
A A
Share on FacebookShare on TwitterSubmit to Reddit 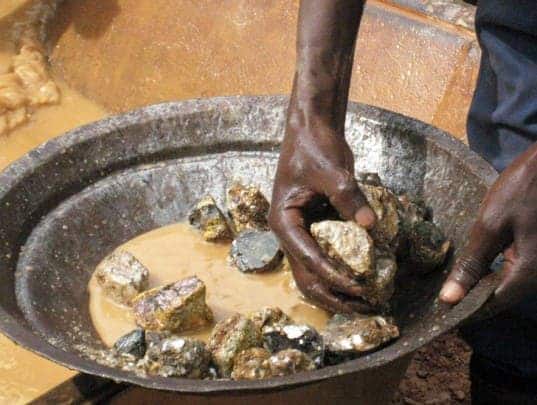 Whenever you buy an electronic, that ‘Made in [country]‘ label only shows where it was maufactured or put together – there’s no way of knowing where the materials for it came from; usually, they come from troubled countries, such as the Democratic Republic of Congo. But today Intel CEO Brian Krzanich promised at the Consumer Electronic Show (CES) in Las Vegas that all of the company’s microprocessors will be made with conflict-free minerals and materials.

Why this is a big thing

Most people know, or at least have some vague idea what a blood diamond is – a diamond mined in a war zone and sold to finance an insurgency, invading army’s war efforts, or a warlord’s activity; they are bought and sold with blood money. Conflict minerals are basically the same thing. Most conflict minerals come from the Democratic Republic of the Congo, sold by the Congolese National Army, as well as various armed rebel groups, including the Democratic Forces for the Liberation of Rwanda (FDLR) and the National Congress for the Defense of the People (CNDP), a proxy Rwandan militia group.

The minerals are essential in the manufacture of a variety of devices, including consumer electronics such as mobile phones, laptops, and MP3 players. We’re talking mostly about 4 minerals:

– Cassiterite, the chief ore needed to produce tin, essential for the production of tin cans and solder on the circuit boards of electronic equipment.

– Wolframite, an important source of the element tungsten (or wolfram) – a very dense metal often used for this property.

– Gold, used not only in jewelry, but also in electronics, and dental products. It is also present in some chemical compounds used in certain semiconductor manufacturing processes.

They are often referred to as the “3Ts and Gold”.

The Dodd–Frank Wall Street Reform and Consumer Protection Act was signed into federal law by President Barack Obama on July 21, 2010. It did not ban corporations from using conflict minerals, but it required them to clearly label them as such, and it allowed companies who don’t use them to label their products as ‘conflict-free’.

Apple and Intel joined up with the Electronic Industry Citizenship Coalition’s Conflict-Free Smelter program to support the law, and announced that they will switch to conflict free minerals as soon as possible.

Determining which minerals come in this category is a tedious and tricky process – but the fact that Intel’s current CEO previously worked as head of the manufacturing supply chain efforts made him familiar with the challenges of sussing out the origins of materials. Most of the time, big companies buy these materials in bulk from suppliers who in turn, bought them from smelters. Intel decided to turn their attention on smelters, but when their suppliers found out, they either didn’t know where the smelters got the material from, or were reluctant to disclose the information. The company had to work with unlikely partners such as large banks who also bought metals like gold to get closer to their targets – a laudable effort that took a lot of time and resources – especially as this won’t raise the price of future products.

Apple is also well on the way to achieving 100% conflict free materials.

It would apparently be simpler to simply get materials from someplace else then Congo, but that could be more expensive, and it would also cripple the local economy – crooked and fair alike. Instead, Intel took the more labor intensive route of investigating each element. By doing this, they have a chance to make a huge impact, as they are the world’s largest consumer of tantalum; their actions could not only change the market, leaving smelters who refuse an audit out of business and encouraging fair, transparent smelters, but they could also indirectly help war-plagued areas and set an example of high standard ethics for other major corporations as well.

So far, they’ve only done it for microprocessors. They still have a long way to go before replacing all the conflict minerals they use, but they plan on doing so before the end of the decade. I think they can do it.