A new type of lake monster has been found, in the depths of Lake Tahoe: gigantic goldfish; and as cute as they are, their influence is just disastrous for the local ecosystem. 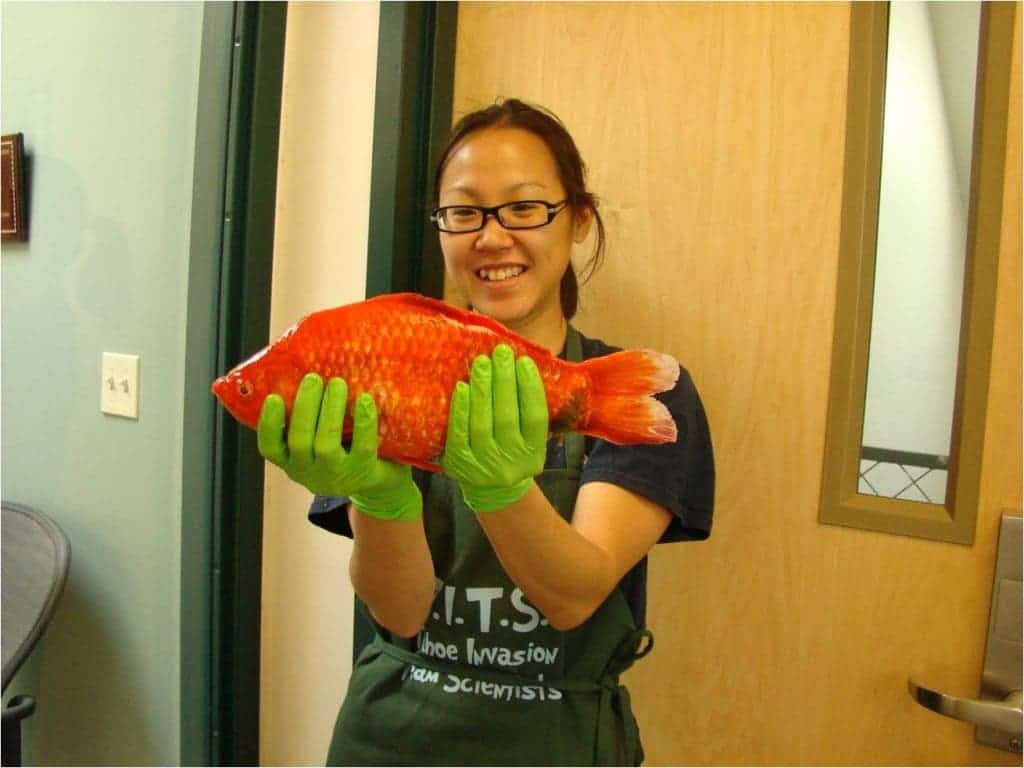 The goldfish is an invasive species for that environment, adapting to the situation so well that it pretty much annihilated its competition, growing even to humongous size (for them) of half a meter.

“During these surveys, we’ve found a nice corner where there’s about 15 other goldfish,” environmental scientist Sudeep Chandra of the University of Nevada, Reno, explained. “It’s an indication that they were schooling and spawning.”

The fish were almost certainly dumped into the lake by aquarium owners not wanting to deal with them anymore. The thing is, goldfish are quite sturdy, and can quickly adapt even when dropped during their early days, showing once again the huge amount of damage that can be done when a foreign species is introduced to a new ecosystem.

Aquarium dumping has become a common practice in the United States and elsewhere, and it’s taking a toll on native wildlife. The thing is, many ecosystems are threatened due to this practice.

“We know that we have a giant goldfish, the question now becomes how long has it been there and how many others are there in the lake?” Dr Sudeep Chandra, an associate professor at the University of Nevada, Reno (UNR), explained.

Also, judging by the goldfish sizes, things just got real.

“It’s not your average-size goldfish. So, you’re like, is that real? Oh, it’s real,” she continued.

The important thing here is to realize the implications that people’s actions have. Even something as small as dumping some goldfish in a lake (there’s a metaphor there somewhere) can have devastating consequences. Aquarium owners (and not just them) should be much more careful when doing things like this, and this is a really problematic issue, considering how there’s not really a viable alternative here.