You’re flushing a goldmine down the toilet, literally

At a recent meeting of the of the American Chemical Society, researchers proposed a novel source of valuable metals: waste water. They proposed a method that could be used to extract valuable metals like gold, silver or titanium which end up in waste water plants via the city's sewage.

by Tibi Puiu
in Environment, News
Reading Time: 3 mins read
A A
Share on FacebookShare on TwitterSubmit to Reddit

At a recent meeting of the of the American Chemical Society, researchers proposed a novel source of valuable metals: waste water. They proposed a method that could be used to extract valuable metals like gold, silver or titanium which end up in waste water plants via the city’s sewage. 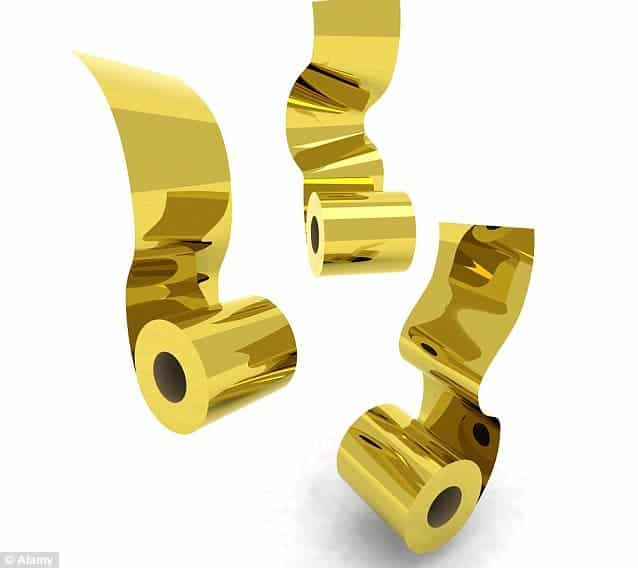 Who the heck throws gold down the toilet, you might ask. Well, you’ve done it plenty of times without knowing it, most likely.

“There are metals everywhere,” Kathleen Smith of the U.S. Geological Survey (USGS) says, noting they are “in your hair care products, detergents, even nanoparticles that are put in socks to prevent bad odors.” Whatever their origin, the wastes containing these metals all end up being funneled through wastewater treatment plants, where she says many metals end up in the leftover solid waste.

According to Smith, more than 7 million tons of biosolids come out of U.S. wastewater facilities each year. Half of that is used as fertilizer, while the rest is sent to landfills or is incinerated. One man’s trash, is another’s treasure, and with this in mind Smith and colleagues are currently working on ways to value solid waste, particularly rare metals. At first glance, you might think this isn’t worth it, considering the energy (money) you need to pump in the system to extract, but the waste from 1 million Americans might contain metal worth $13 million. In some places, the concentration of gold is about the same or more than that found in natural mine deposits currently being exploited.

To extract metals, the researchers propose methods commonly in use by the mining industry. This involves using chemicals called leachates, which this industry uses to pull metals out of rock. Typically, these are very harmful to the environment, but at the American Chemical Society meeting, the researchers claim that these can be contained to waste water plants only, with no adverse effects to the environment or the population.

So far, Smith’s group has collected samples from small towns in the Rocky Mountains, rural communities and big cities. They found traces of platinum, silver and gold, and on a case by case basis, these could be found in a high enough concentration for extraction to become economically feasible.

Elsewhere, the city of Suwa in Japan is already working on extracting the gold from its sewers. They installed a treatment plant near a large number of precision equipment manufacturers reportedly collected nearly 2 kilograms of gold in every metric ton of ash left from burning sludge, making it more gold-rich than the ore in many mines.