by Mihai Andrei
in Environment, Environmental Issues, Feature Post
A A 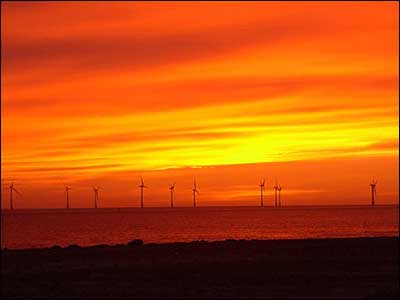 In the ever developing struggle for alternative energy, Rhode Island made a significant step towards achieving their goal of fifteen percent offshore energy when they awarded Deepwater Wind the right to build a wind farm that will cost more than 1 billion dollars. This will also give the state more green jobs, as well as make it the new leader for clean power in the US.

Rhode Island Gov. Donald Carcieri says that this will create about 800 jobs that will make about $60 million of annual salary. It is a well known fact that the US gets a really small fraction of their total energy from wind farms (1/100), but many believe that 20 years from now this figure will be significant (30/100) and other alternative sources will appear too.

Along with conservation, wind power could be the key to the problem of America’s low carbon future as a country. Rhode Island is among the states that have a strong portfolio set for 2020, when estimates are that they will get a quarter from their energy from renewable sources.

The federal law makers have resisted the same portfolio set for the whole nation, and the future is still uncertain, as John McCain speaks a lot about offshore wind farms, but his speeches are mostly rhetorical, doing hardly and real estimates. Obama has shown a viable plan to get about a quarter of energy from renewable sources.w