Pushing Species To The Brink

by Mihai Andrei
in Climate, Environment, Environmental Issues
A A
Share on FacebookShare on TwitterSubmit to Reddit 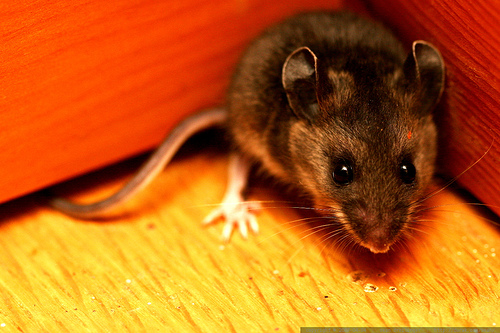 We don’t usually want to face it, but the fact is that mankind is pushing virtually ever other species to the very brink of their existance, in our quest for resources of every kind. Just a few days aco, IUCN published a study which concluded that thirty-five percent of the world’s birds, 52 percent of amphibians and 71 of warm water corals are threatened by the climate change.

But it’s not really all bad; by analyzing some biological traits which makes species susceptible to climate change they were able to find that albatross, penguin, petrel and shearwater families are very vulnerable to such changes, but kite, hawk and eagle families are really resistant, which makes scientists refuse the possibility of an extinction similar to that at the end of the Permian.

“This is the first time that a systematic assessments of species’ susceptibility to climate change has been attempted,” says Wendy Foden, of IUCN’s Species Programme. “Climate change is already happening, but conservation decision makers currently have very little guidance on which species are going to be the worst affected.”

But the most disturbing thing is the fact that the corals are really vulnerable to this. Their sensitivity to high temperature is definitely something worth worrying about, and a possible destruction of corals would lead to more severe problems in time. This study aims to show exactly which species need protection and conservation more, because it’s obvious that we really aren’t capable of protecting every species, the way we should.

Jean-Christophe Vié, Deputy Head of IUCN Species Programme. “Climate change may cause a sharp rise in the risk and rate of extinction of currently threatened species. But we also want to highlight species which are currently not threatened but are likely to become so as climate change impacts intensify. By doing this we hope to promote preemptive and more effective conservation action.”