by Mihai Andrei
in Climate, Environmental Issues, World Problems
Reading Time: 2 mins read
A A
Share on FacebookShare on TwitterSubmit to Reddit

Everything is connected on our planet; things you do on one side have completely unexpected but related effects on the other, and there is nothing truly isolated. Here’s a good example of just that: 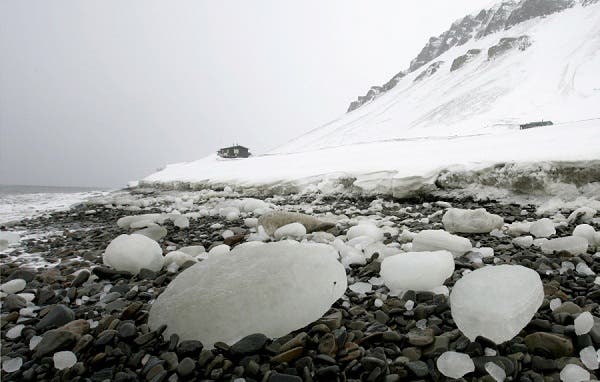 For most of the year, the Arctic is frozen. Hard ice and tundra is all you’re going to see there most times. As a matter of fact, some of it never melts – that’s why it’s called permafrost (always frozen). But here’s the thing… the permafrost is melting! Global warming makes it so that no ice is safe, and everything can melt. But the problem is that as it melts, it releases high levels of stored CO2, which go into the atmosphere and make it even warmer.

Both the permafrost itself and the soil on which it lies hosts a significant amount of carbon dioxide, due to the organic matter inside. Permafrost itself contains years of collected organic matter and when it collapses, it exposes new layers of soil to sunlight. Once this carbon is exposed, it is then oxidized by bacteria and produces CO2. But if you take an even closer look, things are even more complicated.

Rose Cory, an environmental scientist at the University of North Carolina, and colleagues collected samples of water trickling out of seven Alaskan thermokarst failures into nearby lakes and streams. They analyzed the samples for dissolved organic matter and found that not only the quantity of the CO2 is dangerous, but that it is also extremely reactive when exposed to the elements. The conversion of soil carbon to carbon dioxide and its release into the atmosphere was faster than scientists first predicted.

The study influences climate change on several levels; it shows that a snowball effect is created, with the planet warming up and the permafrost melting, CO2 is released into the atmosphere, creating a greenhouse effect that warms up the planet even more. The findings were published in the Journal Proceedings of the National Academy of Sciences.