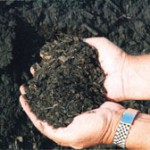 The U.S. Environmental Protection Agency, in collaboration with the  independent Environmental Integrity Project, have identified 20 new sites in the US contaminated with toxic coal ash, raising the number to a current total of 157 sites nationwide, whose water supplies and soil ares contaminated.

Coal ash is the waste which results from coal combustion, filled with arsenic, selenium, lead, cadmium and mercury, all of these heavy metals are toxic for the soil, local fauna and man from a certain level. Typically, this waste has to be disposed of properly in ponds with liners and covers, however these new discovered sites have all been dumped directly in complete disregard.

In 19 out of 20 sites, arsenic and other toxic metals water contamination has reached levels far exceeding the allowed limit impossed by the Safe Drinking Water Act. The 20th site showed contaminated soil with arsenic 900 times the federal screening level for site cleanups.

Those involved in coal ash clean-ups have only common sense and a deep respect for nature to guide them along, since most US states don’t have a clear policy, neither requiring any construction standards or  monitoring, nor cleanup requirements. It’s very nice to hear certain states put so much faith in their local industries’ civil ethics, however like most of the time when there aren’t any laws, complemented with criminal charges against its offenders, people will always take the easier, cheaper way. Maybe this is why half of the US’s coal ash is dumped in an uncontrolled, highly pollutant manner, according to the released report.

The pollution report coincides as the EPA is struggling to decide whether to regulate the ash as a hazardous material. You might wonder why this kind of extremely evident environmental hazard hasn’t been regulated until now. Well, it seems there are many interests at stake, as a number of congressmen, whose political affiliations I’d like to chose not to disclose (we’re an apolitical publication),  are trying to block the stricter regulation from happening.