We are killing species at 1000 times the natural rate

Extinction and emergence of species are natural phenomena – but the rate at which extinction is happening now is anything but natural. A new study has shown that humans are causing species to become extinct 1000 times faster than they naturally would.

Killing the world, one species at a time 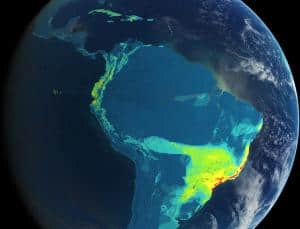 The new estimate of the global rate of extinction comes from Stuart Pimm of Duke University in Durham, North Carolina. Back in 1995, he published a study concluding that human activities are driving animals to extinction 100 to 1000 times faster than the background rate in the past 10 to 20 million years. His study was initially met with skepticism, but now, further research has shown that if anything, he was underestimating the human impact.

The Red List assessment of endangered species was the base of this study.

“Twenty years ago we simply didn’t have the breadth of underlying data with 70,000 species assessments in hand,” says team member Thomas Brooks of the IUCN in Gland, Switzerland.

By studying animals’ DNA, they were also able to create family trees for many groups of animals, calculating the emergence rate of new species. It’s difficult to calculate the absolute rate of extinction, but scientists can use a workaround: in the past 20 million years, the rate of new species emerging has always been greater than the rate at which species become extinct. That’s always a good reference point – and that reference point shows that we are killing species 1000 times faster than it would happen naturally.

The big unknown now is when will these massive extinctions cause entire ecosystems to collapse. We still don’t fully understand the complex interactions that take place inside ecosystems, but it’s fairly clear that most ecosystems won’t be able to sustain this systematic destruction – even though it’s impossible to predict exactly when that will happen.

“People who say that are pulling numbers out of the air,” says Pimm.

Pimm’s team also compiled detailed biodiversity maps which help conservationists decide what to do. The good news is that you can also help with these maps! Through projects like iNaturalist, you too can take pictures of wild life using your Android or iPhone device; scientists will identify and catalogue them, further developing these biodiversity maps.

“Right now, someone is posting an observation about every 30 seconds,” says co-director Scott Loarie of the California Academy of Sciences in San Francisco.