The RRS James Cook, an UK research vessel, will spend six weeks studying the deep sea mountains of the Indian Ocean, as well as the animals located several thousands of meters below sea level. 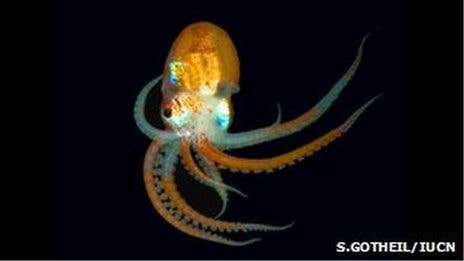 The purpose of this mission quite challenging. This year, a report published in the journal of Marine Policyfound that trawling is one of the most damaging forms of fishing, and there is still so much we don’t understand about the damage fishing is causing to the aquatic ecosystem.

The fishing industry has moved towards deeper areas, following the depletion of the shallow waters; the deep sea catch has increased seven times since the mid 1960s, as stocks of shallower waters plummet. However, very little is known about this kind of species – but we do know that they have a huge significance for the underwater ecosystem, and they are more vulnerable than people might think.

“Many of them grow and reproduce slowly, which makes them particularly vulnerable to overexploitation,” said Carl Gustaf Lundin, director of IUCN’s Global Marine and Polar Programme. “Deep-sea bottom fisheries, including bottom trawling, can damage seamount habitats and negatively impact fish stocks. It can also irreversibly damage cold water corals, sponges and other animals.”

The mission is led by the International Union for Conservation of Nature (IUCN), and is the second to visit the seamounts along the South-West Indian Ocean Ridge.

“Because of their interactions with underwater currents, the biodiversity that develops around them is remarkably rich,” explained Aurelie Spadone, IUCN’s marine programme officer and a member of the team. “They attract a great diversity of species and act as a type of ‘bed and breakfast’ for deep-sea predators such as sharks, which often feed on seamount communities,” she added.